Marcelo Bielsa not satisfied until Leeds get the job done 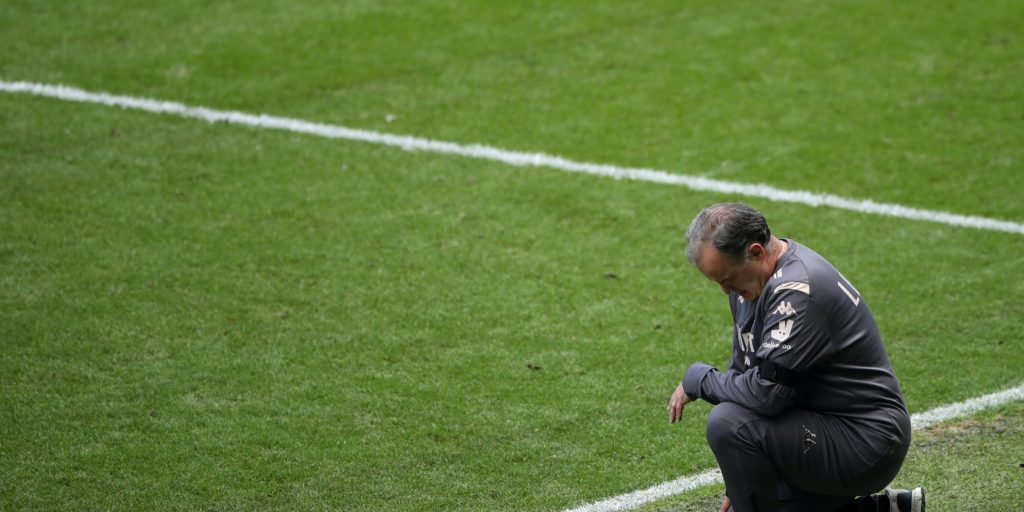 Four points from three games would see the Yorkshire club return to the Premier League after a 16-year absence.

On a day when Leeds paid tribute to club great Jack Charlton, who died at the age of 85 on Friday, Bielsa’s side moved to within four points of ending their 16-year wait to play in the top flight of English football.

Sky Bet Championship leaders Leeds are now three points ahead of second-placed West Brom, and six clear of in-form Brentford, with games against Barnsley, Derby and Charlton to come.

“I can not enjoy this,” Bielsa said. “What you feel just is that you are taking a step forward. The only thing I can enjoy is the last objective, if we get it.

“The match was very close, very narrow, few chances. When the match progressed our possibilities were growing and in the last 30 minutes I think we deserved to score and to make the difference.”

In a game of few chances prior to substitute Hernandez’s late strike, Leeds had the best opportunity after 64 minutes.

But Hernandez, who played for Swansea for two years between 2012 and 2014, proved the hero by rolling home Luke Ayling’s cross off a post.

“What we feel is taking the steps we have to take,” Bielsa said.

“But of course when you score at the end of the match it’s a higher feeling. The bigger emotion we didn’t get that yet.”

Leeds was the only club Charlton played for and he made 773 appearances for them between 1953 and 1973.

Tributes were paid to Charlton before kick-off with both sets of players and staff applauding the former defender’s contribution to football after a minute’s silence had been held.

“The legends of the club deserve a big attention from us,” Bielsa said.

Swansea manager Steve Cooper insisted defeat was harsh on his side.

“I thought we were comfortable in the game and I’m really disappointed to lose like that,” Cooper said.

“I think both teams were cautious in terms of attacking and defending and I would have just liked to have had a bit more of the ball in the second half.

“It was just so disappointing to see that ball trickle in the way it did after the boys had put so much into the game.”

Swansea remain just outside the play-off places, a point behind Welsh rivals Cardiff in seventh place.

“We would have liked to have picked up a point, but it wasn’t as if anything was going to be decided today,” Cooper said.

“It’s probably going to go to the last game as most things are in the league.

“The dressing room is down of course and it’s still raw, but the fire in the belly is still there to achieve and we’ll be going to the end.”