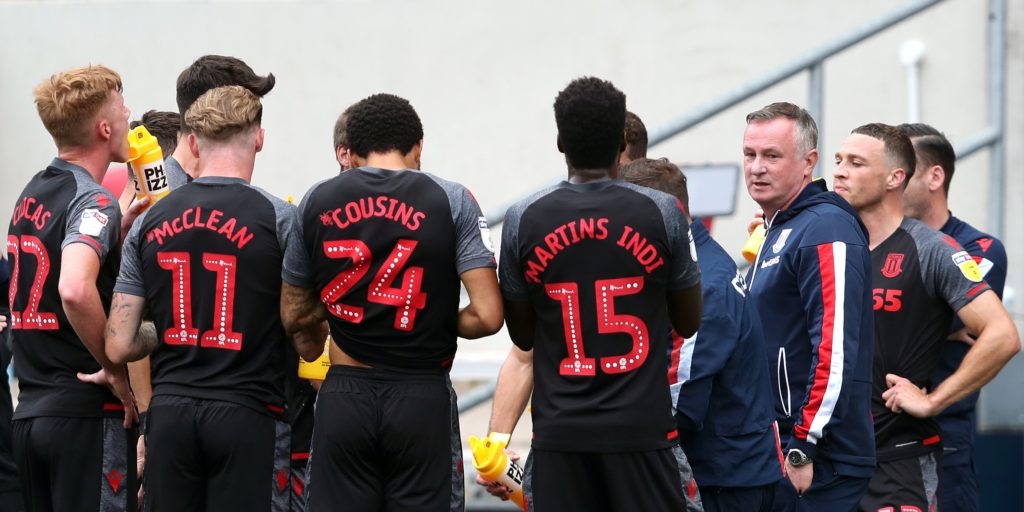 The Potters were bottom of the table when the former Northern Ireland manager was appointed in early November.

Stoke manager Michael O’Neill refused to get carried away by the point which almost guarantees the Potters’ place in the Sky Bet Championship next season.

“It goes a long way (to safety) but it does not make it mathematically certain,” said O’Neill, who took over a side bottom of the table when he was appointed in early-November.

“We are not getting carried away but it was the least we deserved.

“We won’t be celebrating (staying up). We will be relieved and make sure that it does not happen again for a club of this size.

“We have had a difficult season in the Championship, so going forward we have to make sure it is not repeated again next season.”

Stoke shaded the first half and were significantly the superior side after the break.

Sam Vokes blazed over, Nick Powell struck a post and Batth had a header pushed on to the crossbar by Robins goalkeeper Dan Bentley after his 64th-minute goal had restored parity.

“I thought it was a high level of performance,” O’Neill said. “We played Saturday and they played Sunday.

“We were not able to change the team very much. They brought on some freshness from the bench.

“The least we have deserved from the game was a point, but I can’t ask any more of the players.

“They have been playing every three days and it’s very demanding.”

The Robins, who finish away to Swansea and at home to Preston, are five points adrift of sixth-placed Cardiff.

Holden said: “Until it’s mathematically certain (not reaching play-offs) there is no chance that our season is over.

“And even if it does become mathematically certain we won’t be on the beach. There is too much to play for, we want to build momentum for next season.

“I knew there weren’t going to be fantastic chances here because Michael O’Neill’s teams are always defensively sound.

“Michael’s Northern Ireland teams were always set up to defend soundly, but the lads gave everything.”

Holden, who has taken seven points from three games since Lee Johnson’s departure, says he has not been interviewed for the vacancy at Ashton Gate.

“I’m taking it day by day and enjoying the moment,” Holden said.

“I’ve had no further conversations (about the job), but for however long it lasts I will enjoy it.