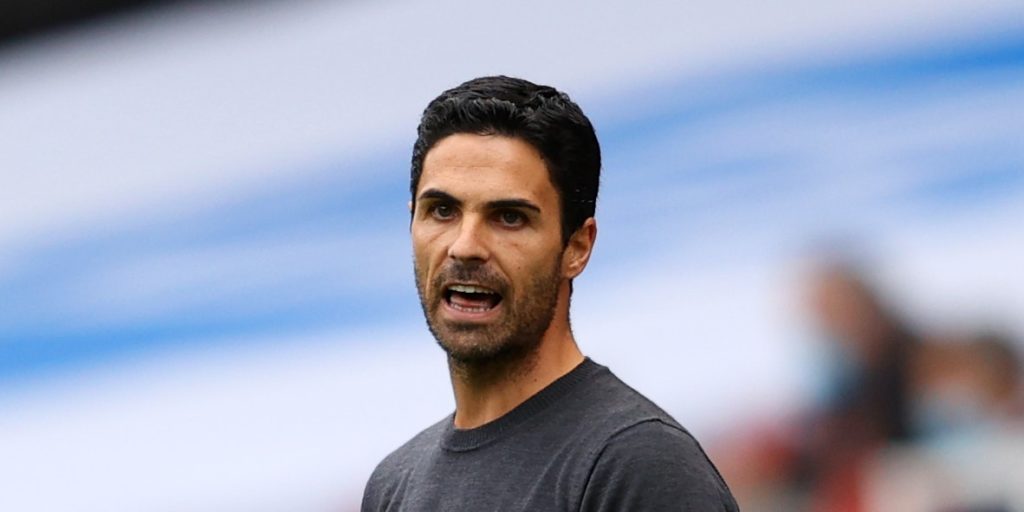 The Gunners have not played in Europe’s top competition for the past three seasons and that trend will continue next year.

Mikel Arteta has warned Arsenal may have to take financial gambles if they are to return to the Champions League – but insists the club can continue to attract top talent even without European football.

The Gunners have not played in Europe’s top competition for the past three seasons and that trend will continue next year, where they may not even have the fallback option of Europa League football.

Arsenal sit ninth in the Premier League ahead of Wednesday’s visit of new champions Liverpool – 43 points adrift of Jurgen Klopp’s side – having lost to north London rivals Tottenham at the weekend.

They may have reached the Europa League final last season under Unai Emery but they crashed out at the round-of-32 stage this year.

The lack of revenue from qualifying for continental competition will put more of a gap between Arsenal and clubs who can spend more freely in the transfer market.

Therefore Arteta has suggested some “risk” may have to be taken if the club are to compete at the very top once again.

“You see many good examples of teams that have done it and they have come back to their habit on it,” he replied when asked if Arsenal may need to take a gamble with big-money signings.

The 38-year-old admitted it will become harder to secure Champions League qualification with each passing season they miss out.

“If you are not in the Champions League and you say ‘OK, I (the club) don’t invest because I don’t have the financial ability to do it’, but the other clubs invest, then the gap becomes bigger.

“If I do want to invest and risk, and then I don’t reach it, what happens? So at some stage you have to make a decision, whether I want to aim to make that gap closer and go for it, or I stay where I am.”

Arteta added he would never stop seeing Arsenal as a club that should be competing in the Champions League – even as they face a first season out of Europe since 1995-96.

Pushed on whether the club could still attract players in the same way if their absence from the competition continued, he replied: “Yes.

“And I’m telling you now because when I am closer to the market now when I speak to people, a lot of players want to play for Arsenal.”

While he remains focused on finishing the season strongly, with an FA Cup semi-final clash against Manchester City at the weekend, Arteta says Arsenal’s key men will get their heads together in the summer to formulate a plan to move forward.

“What I need to do first of all is myself do my work as well as possible, improve this team and the players individually as much as possible and get the maximum out of that,” he added.

“Then what we need to do at the end of the season is see the direction we want to take, agree on the ambition of the football club, realise that where we are the demands are going to be huge.

“It doesn’t matter what we do, that’s never going to change because it’s linked to our history and our success – and move from there. And put our plans together where we can achieve that as quickly as possible.”