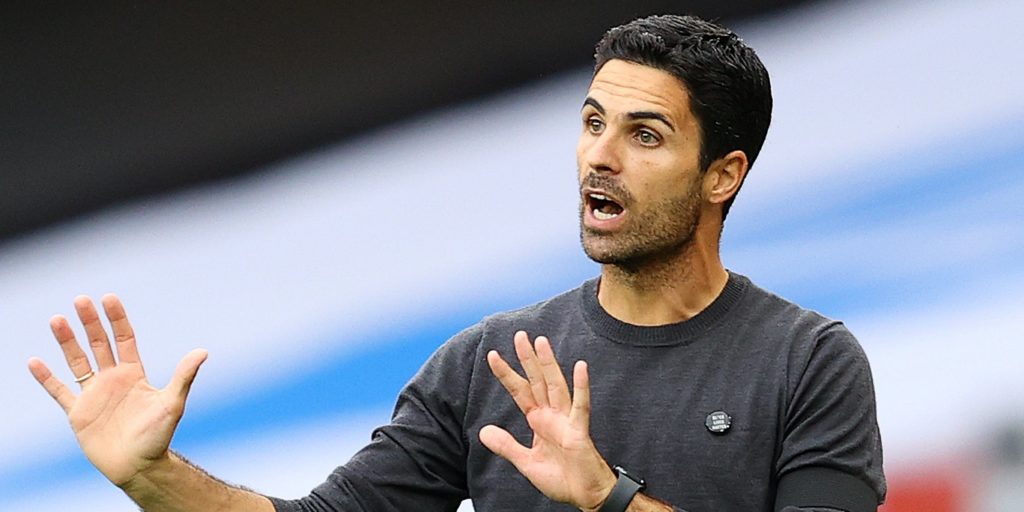 The Arsenal boss is unhappy with the lack of preparation time between matches.

Arsenal head coach Mikel Arteta has bemoaned the fixture scheduling since the Premier League restart, admitting his players have amassed “crazy minutes” on the pitch in recent weeks.

Arteta has just three days to lift his squad and prepare them for the next challenge as hopes of European qualification continue to dwindle, with Liverpool having an extra day’s rest having drawn with Burnley on Saturday.

The perceived lack of preparation time follows a pattern which has seen Arsenal benefit from scheduling only once since the season resumed – and that was ahead of the Spurs loss.

In the five games that followed their opening game of Project Restart – a 3-0 defeat at Manchester City – Arsenal’s opponents had longer to prepare – with Arteta keen to stress that point.

“We have only had an advantage in one – which was against Spurs,” he said.

“But look at the boys, they keep going, they go full-gas, it doesn’t matter and we will do it again. We are not going to change it if the fixtures are already there. So we will keep going and try our best.”

An FA Cup semi-final against City is next up for Arsenal after the Liverpool clash – with Arteta keen to be able to field his strongest side in both games, despite the demands placed on his players recently.

“Today and tomorrow we will asses the players and how they are,” he added.

“Obviously they’ve been hit and a lot of them have played some crazy minutes up until now and again we’re going to have games every two and a half days.

“You can see that recovery-wise with the schedule that we have been given by the Premier League, to play every two and a half days, but we will assess them today and tomorrow and put the players on the pitch who are in the best possible condition to compete and try to win the game again.

“We will try to put the strongest team out as possible here and as well on Saturday, and to do that we need to know how everyone recovers from the game.”

Arsenal will still be without suspended striker Eddie Nketiah while Mesut Ozil is missing with a continued back issue.