Nathan Jones disappointed with only a point in relegation battle 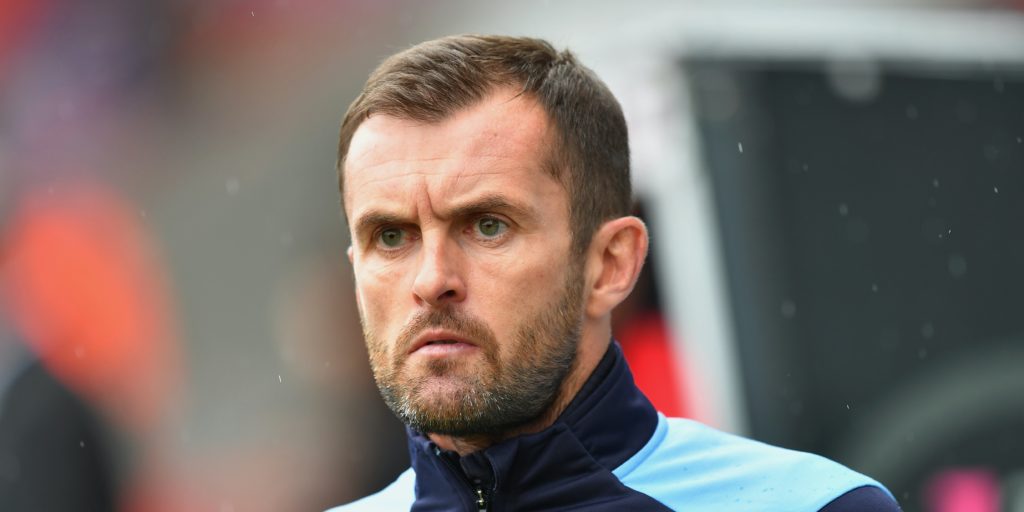 Luton are one point from safety.

Luton boss Nathan Jones was disappointed not to pick up a much-needed win in his side’s bid to stay in the Championship after they were held to a 1-1 draw by QPR at Kenilworth Road.

After James Collins put Town in front from the penalty spot, Dominic Ball equalised after the break, ensuring the Hatters remained in the bottom three with two games to go.

Jones said: “They’re a very difficult side to play against. They had the luxury of some wonderful, wonderful players and were able to experiment being on 53 points.

“They caused us problems in terms of being able to press, so we had to stay solid and make sure we didn’t concede, then I probably made changes a little bit too late, but it’s another point.

“We have got to make sure that we are in games to win them, and at the minute we are giving ourselves an opportunity, we are picking up points every game and that’s all we can do.

“It’s very difficult to come out and be expansive against some real dangerous sides, because if you do, you’re going to get punished.

“There’s going to be a time for that, but at the minute, it’s another point closer to our total.

“It happened last week against Barnsley, a scrappy goal, we would have loved to have got two wins rather than two draws, but this is the position we’re in.”

After Collins put Town in front from the penalty spot after 19 minutes, converting following Ryan Manning’s trip on James Bree, Elliot Lee missed the chance to make it 2-0 at the far post.

Hatters keeper Simon Sluga saved well from Eberechi Eze before the break, before being beaten after 65 minutes when Ball found the net from a rapid counter.

Late on, Dan Potts might have won it for Luton, denied by Joe Lumley, while Sluga saved well from Chair as Rangers boss Mark Warburton was proud of the response to Saturday’s 3-0 reverse to Sheffield Wednesday.

He said: “It was a much better performance and we’re disappointed not to get all the three points.

“It was a soft goal given away, a very soft penalty, but after that I thought it was like a normal QPR team and a much better second half.

“We were much better at the end of the first half, a dominant second half, but we couldn’t put the ball in the back of the net.

“We had to respond, that was the most disappointing, frustrating, disheartening display I’ve seen from a team on Saturday.

“We were very clear in our assessment of that, but the players have got professional pride, you saw their response tonight, they were very keen to give
a positive reaction.”