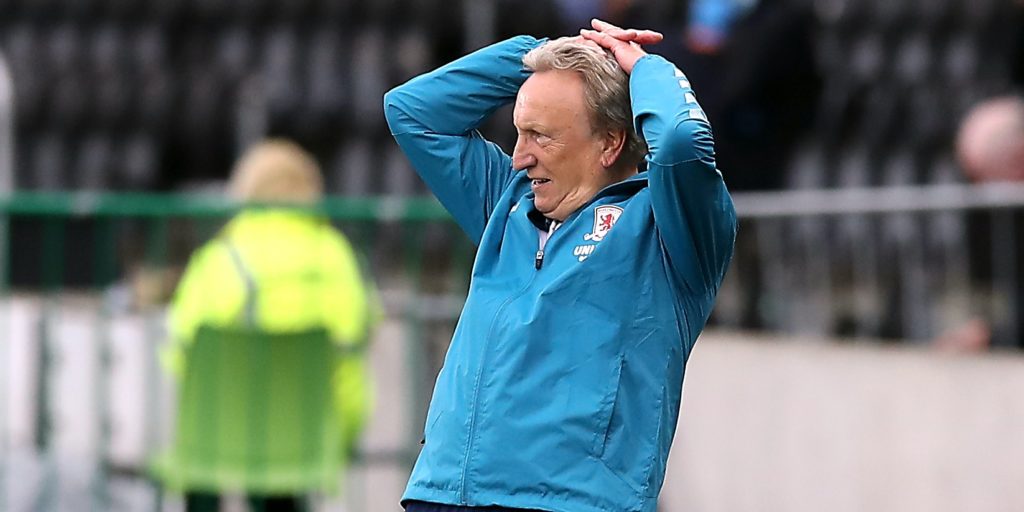 The veteran has taken the Teessiders to the brink of safety in the Championship.

Neil Warnock confessed his current job as Middlesbrough manager is the “hardest job I’ve ever had” after his side edged a 2-1 Sky Bet Championship victory at mid-table Reading.

It was Warnock’s sixth match in charge since he replaced Jonathan Woodgate last month – his third win a major boost in the club’s bid to avoid relegation.

Reading went ahead just past the half-hour mark when skipper Liam Moore tucked in his first goal of the season.

Ashley Fletcher levelled on the stroke of half-time and Patrick Roberts drilled home the Middlesbrough winner eight minutes from the end.

Warnock, 71, is now at his 16th club in an extensive managerial career and he said afterwards: “It sounds a bit silly when I’ve only had a few games here. But it’s the hardest job I’ve ever had.

“I couldn’t really say that beforehand but the lads have given everything for me. I just can’t fault them at all.

“That win was relief, a big relief. It was really hard work. I know we’re not there yet (safe from relegation) but that was a massive three points for us.

“It was important tonight for us to get something. And to get the three points, I thought that was deservedly so.”

Warnock continued: “Even when we were 1-0 down, I just felt that we could come back to win. I just felt it was there. It was massive for us to score just before half-time.

“If we could pass the ball a bit quicker in the second half, I thought we could push on a bit more in certain areas.”

Reading’s three-match unbeaten run, without conceding a goal, came to an end.

“We set our stall out and started well against, as always, a Neil Warnock side that is always going to ask you questions.

“We went in front and then I thought that we should have had a penalty – and John Swift has also hit a post.

“If one or both of those had gone in our favour, we could have gone on and possibly won the game comfortably. But we let Boro back in the game with poor defending.

“We then had to step up with more quality in our forward areas. Our ball retention and pass selection should have been better.

“Sure, we haven’t got much to play for. You say the right thing to the players, you bang the drum.

“But especially in the second half, we looked like a team that was going through the motions. There were quite a few who were sloppy in possession.

“And every time we did that, we gave the ball away. We should have had more character to keep it.”