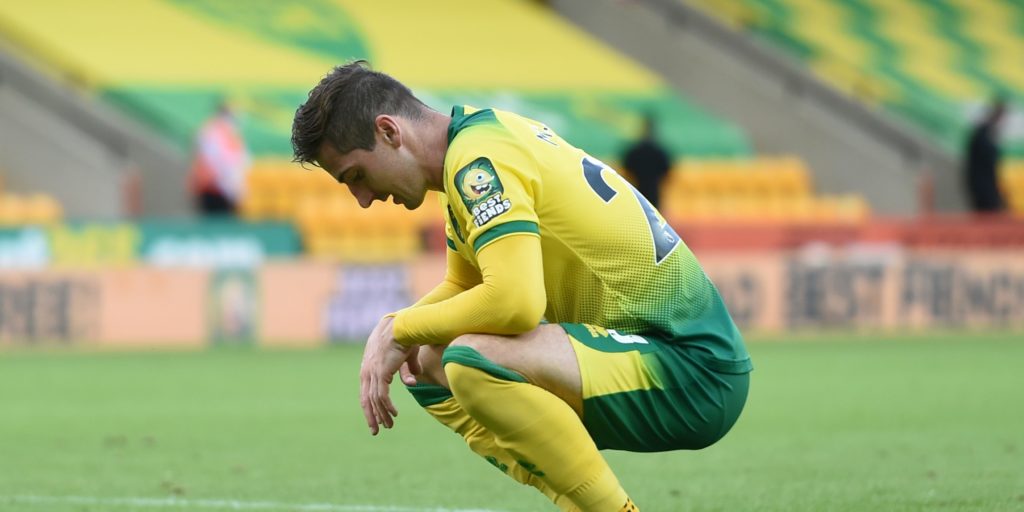 The Canaries need to win against West Ham to have any chance of staying up.

The relegation battle in the Premier League takes centre stage this weekend, where the picture can become much clearer come Sunday night.

Here, the PA news agency takes a look at some of the talking points surrounding the action scheduled for Saturday and Sunday.

Norwich host West Ham on Saturday lunchtime where defeat will confirm relegation for Daniel Farke’s side. The Canaries are 10 points adrift of safety with four games remaining. West Ham are in a stronger position but are far from safe themselves and David Moyes’ outfit will be looking for three points to give their own survival battle a major boost. The Hammers currently sit just three points clear of the drop zone. Elsewhere, Aston Villa go in search of a first win in 11 against Crystal Palace, Bournemouth host Champions League-chasing Leicester and Watford meet Newcastle, fresh off their heavy defeat at Manchester City.

Liverpool took a step closer in their bid to break the record for most points in a Premier League season with the midweek win at Brighton, but they must keep it up to overhaul Manchester City’s total of 100 in the 2017-18 season. They will be without influential captain Jordan Henderson, who was ruled out for the remainder of the campaign by a knee injury. Jurgen Klopp’s side currently sit on 92 points with four games to go, including tricky clashes at Arsenal and at home to Chelsea.

The battle for Champions League places is very much alive with just two points separating Chelsea in third and Manchester United in fifth, with Leicester sandwiched between the pair. United have won four and drawn the other of their five games since the return and have a favourable run-in, although they do end the season with what could prove to be a pivotal clash at Leicester. Chelsea still have to go to Liverpool but have also been in impressive form since the restart with the defeat at West Ham their only blip.

The Video Assistant Referee system is again likely to be subject to intense scrutiny over the weekend after a succession of contentious decisions on Thursday night. Penalties awarded to Manchester United during their 3-0 victory over Aston Villa and to Southampton as they drew 1-1 with Everton were wrongly awarded. Meanwhile, Tottenham’s penalty shouts were dismissed after Harry Kane was pushed by Bournemouth’s Joshua King during a 0-0 draw. The Premier League has since conceded that each of the decisions was incorrect. The use of VAR has long been a divisive topic and criticism will gather more pace if there are more issues this weekend.

The Tottenham Hotspur Stadium hosts this season’s second north London derby of the season, with both sides chasing European football. If Jose Mourinho’s side are to achieve that then victory will be crucial as their indifferent form since returning has seen them win just two of their five games, while Mikel Arteta’s Arsenal side have won three of their last four, drawing the other, to sit one place above Spurs in eighth.