Nuno Espirito Santo urges Wolves to focus on the next game 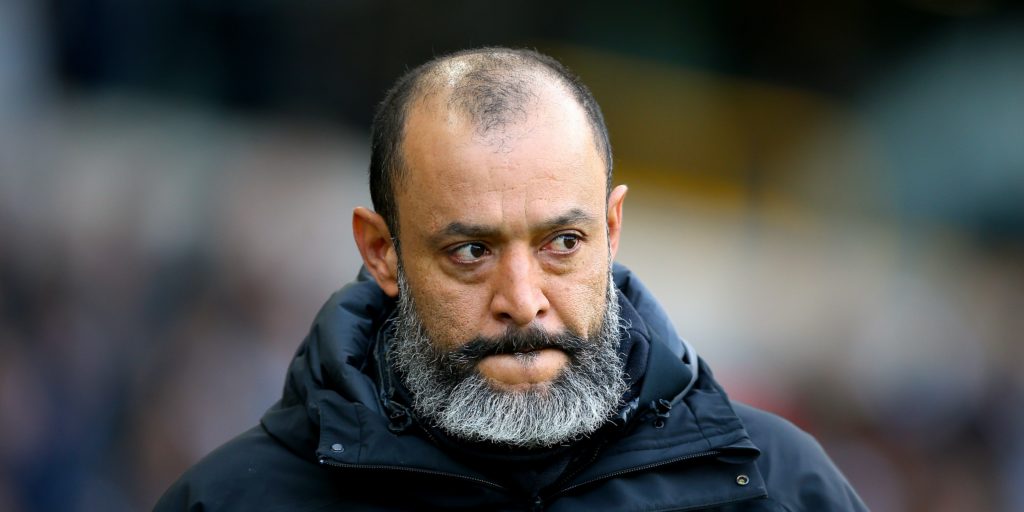 Wanderers’ Europa League campaign is on the horizon.

Nuno Espirito Santo has ordered his Wolves players to forget about the prospect of rubbing shoulders with some of European football’s biggest names.

Friday’s Europa League draw handed Wanderers a quarter-final showdown with either Sevilla or Roma should they get past Olympiakos in the second leg of their last-16 tie next month, with Manchester United potentially awaiting in the semis.

However, while hugely proud of his team and what they have achieved under his leadership, Nuno is concentrating only on Sunday’s Premier League clash with Everton at Molineux.

He said: “We are proud that we are involved – this says a lot about what we did the season before and how we have been working with all these challenges involved in all these competitions with a small squad. All these things make us very, very proud.

“But let’s see. When it comes, let’s face it. There are so many ‘ifs’. It can be this, it can be that, so it’s very difficult for me to answer and make a proper evaluation because so many things can happen.

“Honestly, I don’t even know what to say because I haven’t thought about it. I’m only focused now on Everton.”

That said, confirmation that the Olympiakos game will take place behind closed doors in the Black Country rather than at a neutral venue after a 1-1 first-leg draw in Piraeus in March has come as a boost.

Nuno said: “It’s important and it’s fair. It’s a pity that we are not going to have our fans there, but at least it’s fair that we play our home game at Molineux.”

In the meantime, Wolves will attempt to bounce back from successive league defeats by Arsenal and Sheffield United in the last week which have dented the club’s bid for Champions League qualification.

That double reverse ended an unbeaten five-game run either side of lockdown which earned Nuno the Manager of the Month award for June, an honour he swiftly dedicated to the club’s medical staff.

He said: “We are pleased with the award, but as you know, the words are for all the group, especially for the medical staff who allowed us to return safely in a good way.

“They are our true heroes because what they have done behind the scenes was huge for us and that was what made it possible for us to compete well in the return of the competition, so this reward is for them.”