Pedro Neto among Wolves’ injury concerns ahead of trip to Burnley 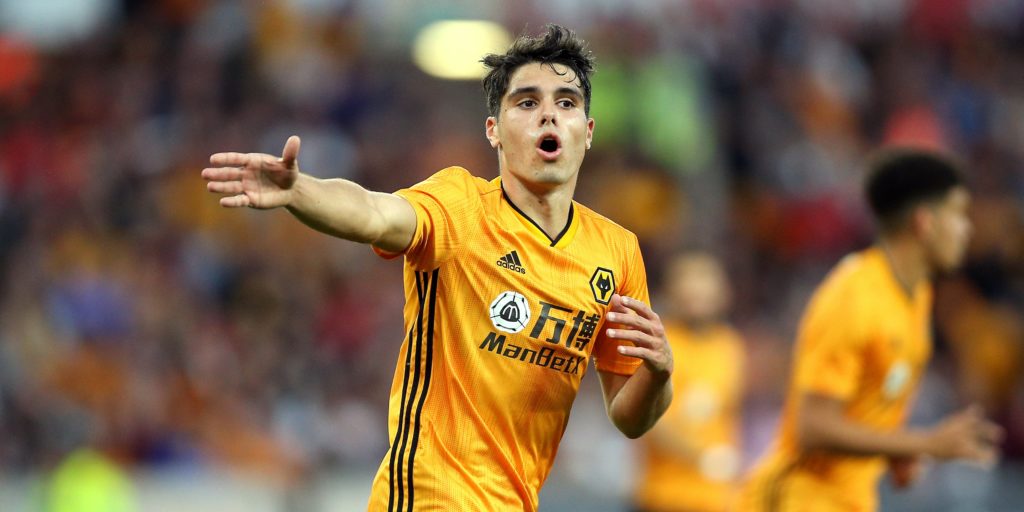 The Portuguese suffered “strong cramp” against Everton on Sunday.

Winger Pedro Neto is one of several “issues to assess” for Wolves boss Nuno Espirito Santo ahead of Wednesday’s Premier League game at Burnley.

The Portuguese was forced off early in the second half of Wanderers’ 3-0 home win against Everton on Sunday.

Neto has been training with fitness coach Antonio Dias since, although Nuno confirmed it is not the same problem he suffered against Arsenal a couple of weeks ago.

“There are some issues to assess and he is one,” said the Wolves boss. “It’s a fresh one. The other one was a direct impact on his quadriceps. This one was cramp, strong cramp, so he was not able to continue.

“He is recovering. He trained today with the fitness coach, so let’s see how he is tomorrow. These are things we have to assess calmly and properly.”

While Neto will be monitored ahead of the trip to Turf Moor, Daniel Podence is thought to be fit following his impressive performance in his first Premier League start for the club against Everton.

On the GBP 17million January signing, Nuno said: “From the moment he joined us, even before, we knew the talent he had and the quality of the player and he showed that on Sunday.

“This is why we have a squad, getting players ready for the moment they can come in and impact on the team.

“What pleases me is we have all the options available, this is important. Then it is up to us to know that every game requires a different approach.”

Meanwhile, Nuno insists the decision by the Court of Arbitration for Sport to lift Manchester City’s European ban has no impact on his side’s Champions League aspirations.

Wanderers would have been among the clubs looking to benefit had the two-season ban been upheld by CAS on Monday.

UEFA’s club financial control body (CFCB) sanctioned City in February for what it said was a breach of its Financial Fair Play (FFP) and club licensing regulations.

City, who will finish second in the Premier League, immediately signalled their intention to appeal, and CAS has now cleared them to compete in the Champions League next season and reduced a 30 million euro fine to 10 million euros (just under GBP 9million).

With fifth place no longer a potential route into the Champions League, Wolves need to bridge a four-point gap to the top-four in their remaining three Premier League matches. Alternatively, winning the Europa League next month would see them qualify for the competition.

On the ruling, Nuno said: “It is decided. It is not related to us. It is something that is UEFA and the decision they made, nothing to do with us.

“We have so many things to do. The future is there but we must stay in the present.

“What is in my mind is we have three games to go in the Premier League and then the game against Olympiakos (in the Europa League). This is all that’s in my mind.”

The first of Wolves’ remaining matches is on Wednesday against Burnley, who still harbour hopes themselves of qualifying for Europe.

“It is always tough against Burnley,” said Nuno. “Burnley are a very good team and (Clarets boss) Sean (Dyche) has been there a long time and knows the team.

“It is a very difficult place to go and all the games we have had against Burnley have been very demanding. It will be a tough challenge.”