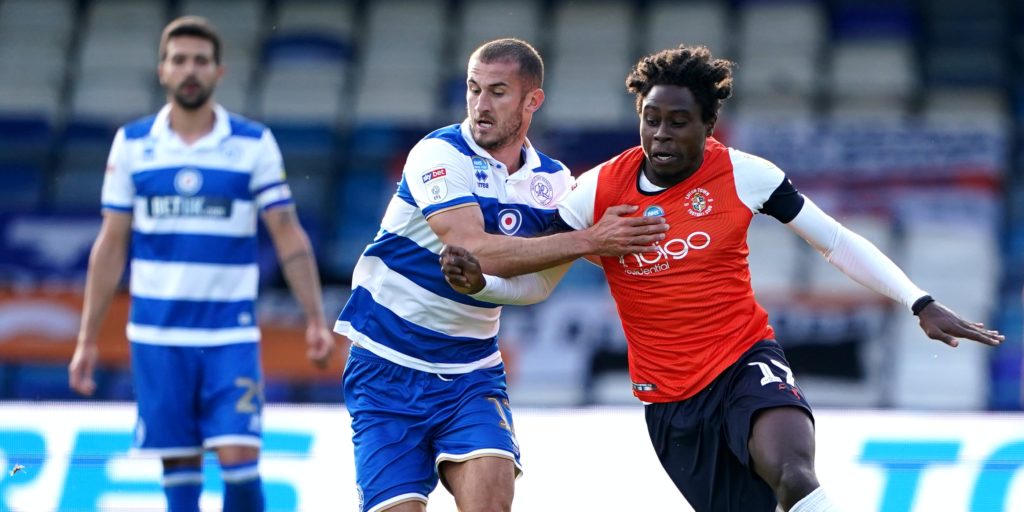 Luton missed the chance to move out of the Sky Bet Championship relegation zone as they were held to a 1-1 draw by QPR.

James Collins fired the Hatters ahead – and temporarily out of the bottom three – from the penalty spot, but Dominic Ball pegged them back after the hour mark.

The visitors had to make an early change, with experienced Angel Rangel hobbling off with an ankle injury and Conor Masterson coming on in his place.

Luton had the lead in the 19th minute when Luke Berry dinked a ball over for onrushing full-back James Bree, who was felled in the area by Ryan Manning as he went to shoot.

Town’s top scorer Collins then stepped up to send Joe Lumley the wrong way and easily convert for a 13th goal of the season.

Elliot Lee could have made it 2-0 moments later, but he was just unable to divert Collins’ low cross in at the far post.

Rangers then upped their own performance, with Bright Osayi-Samuel’s shot drawing a fine block by Town skipper Sonny Bradley, while Luke Amos’s header went wide and Eberechi Eze’s attempt was deflected behind.

Osayi-Samuel’s blast saw Simon Sluga make an excellent reaction save at his near post to keep Luton in front, the Croatia international then getting everything behind Ilias Chair’s 25-yarder.

Luton were close to a second of their own though, Lee curling straight at Lumley after a neat one-two with Berry while, after the break, Dan Potts headed home Bree’s corner from the right, only to see his effort disallowed for a push in the area.

Sluga fisted away Yoann Barbet’s header from Ryan Manning’s free-kick, but Osayi-Samuel began to dominate, Eze firing wastefully over after another of his direct runs forward.

However, Osayi-Samuel did create the equaliser on 65 minutes, powering away on the left before his low cross was powered into the net by Ball.

Harry Cornick’s attempt hit a QPR defender when he burst away on the left and went wide, while Sluga almost dropped a cross into his own net under pressure from team-mate Pelly-Ruddock Mpanzu, but the ball bounced narrowly wide of the post.

Late on, Potts could have won it for the hosts, meeting Danny Hylton’s drilled cross with his favoured left foot, only for Lumley to make an excellent stop.

Sluga then ensured Town picked up what could be a vital point in their battle to stay up, shovelling Chair’s attempt aside.

In stoppage time, Berry flicked a header on from Bree’s corner, only to see his effort cleared off the line, as Luton stayed in the bottom three ahead of a trip to Hull this weekend.