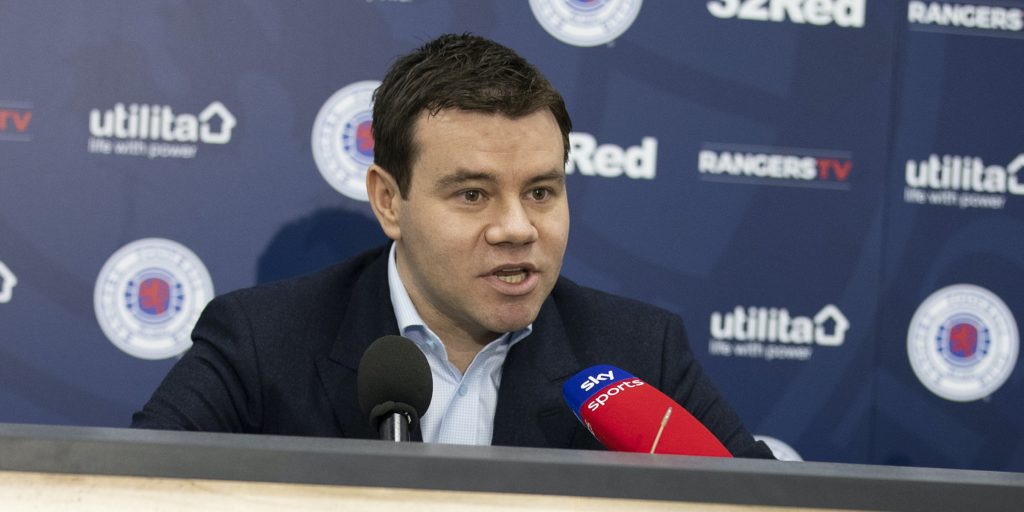 Steven Gerrard’s side will participate in a new European club tournament, ‘Trophee Veolia’, hosted by Lyon.

Rangers’ sporting director Ross Wilson welcomed the Ibrox club’s invitation to France as part of their preparations for next season.

On the day that the Light Blues defeated Hamilton in a bounce game at the Rangers Training Centre, the rest of their pre-season schedule was announced.

Steven Gerrard’s side will participate in a new European club tournament, ‘Trophee Veolia’, hosted by Lyon.

Rangers will face Lyon on Thursday, July 16 at the Groupama Stadium and Nice at the same venue two days later.

Wilson told the club’s official website: “We are delighted to have received this invitation from Olympique Lyonnais and look forward to travelling to the Auvergne-Rhone-Alpes region.

“We will step up our preparations against the high quality opposition of OL and Nice in the two games in France before returning to Glasgow, ready to play at Ibrox.

“I was delighted to see Coventry City win the League One title under Mark Robins.

“Mark and I are good friends from working together in the past and he is a man whose work deserves success. He will have his team well-prepared for the fixture.

“We also look forward to welcoming Motherwell to Ibrox as part of both club’s preparations for European competition early in the season.

“All of these games will undoubtedly enhance our preparations ahead of the league season opener and the UEFA Europa League game against Bayer Leverkusen in August.”

Rangers will face either Inter Milan or Getafe in a one-legged Europa League quarter-final if they can overturn their tie with the German side, who lead 3-1 from the first leg at Ibrox in what was the Gers’ last match before the coronavirus lockdown.

The second leg will be played behind closed doors on August 6, with Rangers beginning their Premiership campaign at Aberdeen on August 1.

The Ibrox club recently confirmed the defender will be out for the “foreseeable future” with the injury, reportedly to his knee, which was picked up in pre-season training.

On his Instagram account, which showed a picture of Katic from his hospital bed, a message read: “Everything went really well with op. Thank you all for love and support.”