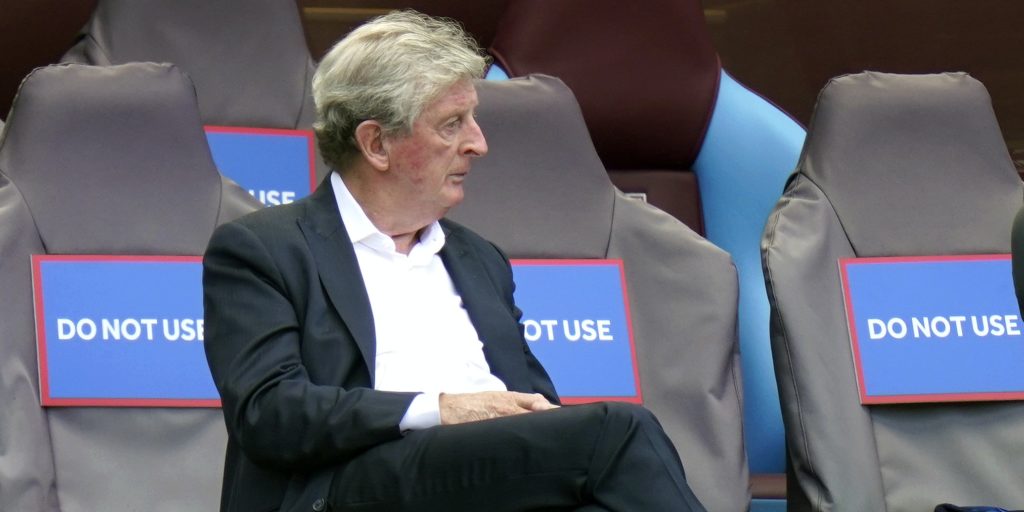 The Palace boss feels the Premier League’s resumption has been a huge success.

Roy Hodgson has challenged Crystal Palace to produce their best for the visit of Manchester United on Thursday.

The Eagles are without a win since June 20 and have lost their last five, but put in a strong display in the recent 3-2 home defeat to Chelsea.

A 2-0 reverse at Aston Villa on Sunday was their latest poor result and yet that was overshadowed by Wilfried Zaha being racially abuse on social media on the eve of the contest.

Palace’s bad run has not seen them drop into relegation trouble, although any hopes of a top-half finish are now over.

Given United, like Chelsea, also have Champions League ambitions, Hodgson knows only a replicate of that showing from their last fixture at Selhurst Park will be enough to halt their losing streak.

“It was a very good game from our side against a top team and I would consider ourselves unfortunate not to come away with a result,” he added.

“Now we have another team of the same level of quality coming to visit, with a lot of top class individuals and also in a rich vein of form.

“We are aware nothing less than a performance of that level will be good enough if we are to get something from the game.”

Jeffrey Schlupp has not featured for Palace this year, but will be part of the matchday squad on Thursday.

The Ghana international suffered a hip injury at the end of 2019 and while he recovered to be on the bench for the 1-0 win over Watford on March 7, he suffered a setback not long after the top flight was suspended.

He will boost Palace’s options, but Christian Benteke serves the first of a three-match suspension.

Hodgson said: “Jeff Schlupp and James Tomkins have been back in training, although I think James has maybe had a slight re-occurance today of his calf injury.

“Certainly Jeff has been training this week which is a very positive piece of news.”

The Premier League announced the dates for the summer transfer market on Wednesday, subject to FIFA approval, with the window set to open on July 27 and close on October 5.

Hodgson believes it is another step in the right direction and declared football’s resumption a huge success.

“Now at least we are talking about a season ending, a season beginning and the transfer window being opened up,” he stated.

“Had nothing happened maybe we would have been looking and saying is September the right time to start or should it be November, do we cancel next season as well if this coronavirus comes back?

“In that respect the fact such a lot of hard work went in to make sure these games were played – albeit behind closed doors and in difficult circumstances – I would have to say for the world of football in general and for our world in the Premier League it was vital and as a result it has been a huge success.”