Sabri Lamouchi promises Forest will not relax as play-offs beckon 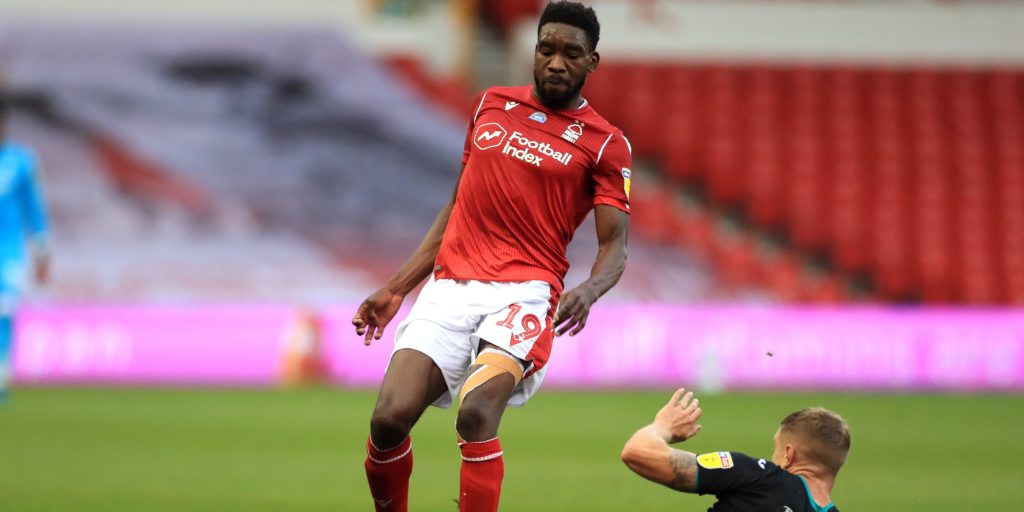 The Reds are fifth in the Championship table after drawing 2-2 with Swansea.

Sabri Lamouchi has promised Nottingham Forest will not relax despite seeing his side put one foot in the Sky Bet Championship play-off places with a 2-2 draw against Swansea.

A brace from Sammy Ameobi helped the Reds come back from behind twice and, by doing so, deny Swansea the win they had desperately hoped for to boost their own hopes of a top six finish.

Ameobi found the bottom corner of the net from the edge of the box either side of half time.

The first came after Swansea had taken the lead through Rhian Brewster in the eighth minute and again after Andre Ayew had restored Swansea’s lead in the 45th minute from the penalty spot.

Ayew had been fouled by Ryan Yates, although the incident seemed to have taken place outside the box.

A point left Forest in fifth place with a five-point advantage over Millwall in seventh and with two games left to play. Swansea, in eighth place, trail Welsh rivals Cardiff, who occupy sixth, by three points.

“We will not relax, we will try to take more points. We will have a rest, because the players are tired and we need energy for the next one, at Barnsley,” said Lamouchi.

“We did not play so well in the first half. But there was a positive reaction in the second half from the boys. The way we started was so very wrong. We started without confidence or organisation. Swansea are a good team and they showed that tonight.

“We deserved to be back in the game and we tried with the substitutions and our energy to win. We need to be more patient, we need to take more time. Sometimes we took the wrong decision.

“I am satisfied with the point, but we tried to play for all three. We wanted the win. Fortunately, Sammy was in a good place. He scored two nice goals, one with the right and one with the left.”

Swansea boss Steve Cooper says his side will not give up hope of securing a play-off place but knows they will need to beat Bristol City at home and Reading away in their remaining games to stand a chance.

“To come here – one of the toughest away games of the season in the Championship – and lead twice but not win, is frustrating,” he said.

“I thought we started the game really well and we were good for the 1-0. If anything I thought we could go and get another to take the initiative.

“We got ourselves back in front for a second time by getting into areas where we could hurt them. They looked nervous at the back at times. I know there were arguments about whether it was a penalty or not but it was given and we were ahead again.

“We worked on not letting them score goals from outside the box in the build-up, so for them to score twice like that was a big frustration.

“The players are quiet in the dressing room, they are frustrated. I cannot ask for any more effort. Both sides tried to play. I am just frustrated that we did not win, I am not frustrated with the performance.

“We have not given up, we will keep fighting. We will look to beat Bristol City at the weekend and see where that takes us.”