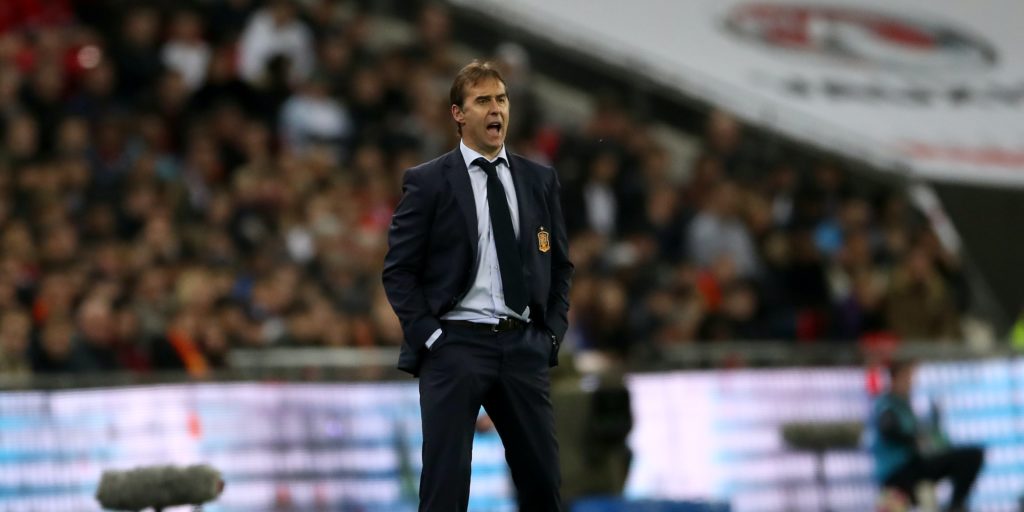 A fourth successive LaLiga win for Julen Lopetegui’s side leaves them level on points with third-placed Atletico Madrid and nine clear of Villarreal.

Sevilla closed in on Champions League qualification as they won 2-0 against Real Mallorca at the Estadio Ramon Sanchez Pizjuan.

Lucas Ocampos opened the scoring with a 41st-minute penalty that was awarded, via VAR, for a handball by Alejandro Pozo, and Youssef En-Nesyri added a second in the 84th minute.

A fourth successive LaLiga win for Julen Lopetegui’s fourth-placed men leaves them level on points with third-placed Atletico Madrid and nine clear of Villarreal in fifth, who host Real Sociedad on Monday.

Mallorca, meanwhile, have dropped a place to second-bottom in the table – they are three points adrift of safety.

They have switched positions with Leganes, who boosted their survival hopes by beating Valencia 1-0 at home courtesy of an 18th-minute Ruben Perez penalty.

Having managed to see out the win despite being reduced to 10 men by a red card for Jonathan Silva early in the second half, Javier Aguirre’s side are also three points behind 17th-placed Alaves, who are another side in action on Monday when they host Getafe.

Edu Exposito notched a first-half brace, scoring one penalty in the 25th minute and then seeing another saved by Diego Lopez but netting on the follow-up.

Raul Garcia also scored twice before the break as Athletic Bilbao triumphed 2-1 at Levante, who replied through Enis Bardhi with around 20 minutes to go.

In Serie A, Napoli were held to a 2-2 draw by AC Milan at the Stadio San Paolo to remain sixth and seventh respectively in the table.

Theo Hernandez put the visitors ahead in the 20th minute, Napoli turned things around with goals from Giovanni Di Lorenzo and Dries Mertens and Franck Kessie then levelled with a penalty in the 73rd minute, before Milan substitute Alexis Saelemaekers was sent off late on.

Genoa rose out of the relegation zone with a 2-0 home win against rock-bottom SPAL. Goran Pandev (24) and Lasse Schone (54) scored either side of Iago Falque having a penalty saved by SPAL goalkeeper Karlo Letica.

Moving from 18th to 17th, Genoa swapped places with Lecce, who drew 0-0 at Cagliari – the gap between the teams is a point.

Sampdoria came from behind to beat Udinese 3-1 at the Dacia Arena, putting them on the same amount of points their hosts, six clear of the relegation zone.

Federico Bonazzoli and Manolo Gabbiadini scored late on for the visitors after Fabio Quagliarella had cancelled out Kevin Lasagna’s opener in the first half.

Meanwhile, ninth-placed Hellas Verona and 10th-placed Bologna were both denied away victories by stoppage-time goals, at Fiorentina and Parma respectively.

And there was an even more dramatic conclusion at the Stadio Ennio Tardini as Parma scored twice in additional time to force a 2-2 draw, with Jasmin Kurtic netting a header and Roberto Inglese adding a finish moments later.

Bologna had been 2-0 up by the 16th minute thanks to efforts from Danilo and Roberto Soriano.