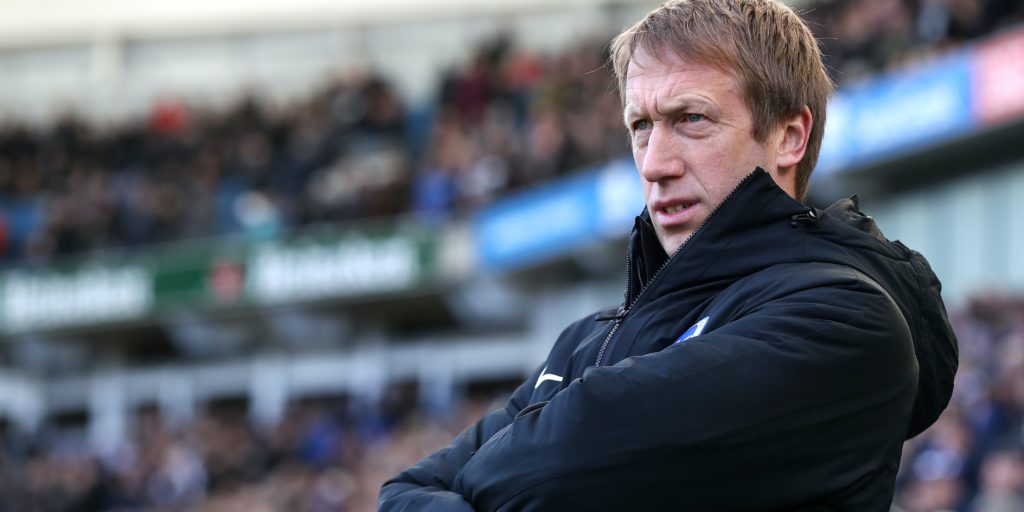 Potter has praised the patience of his former club.

Brighton head coach Graham Potter has hailed Southampton as “one of the teams of the season” and believes they are reaping the rewards of sticking with Ralph Hasenhuttl.

The Austrian has gradually quashed speculation about his future by inspiring a remarkable turnaround at St Mary’s and has his 12th-placed side well safe of relegation ahead of Thursday’s Premier League clash with Albion.

Potter, who had a brief spell with Southampton during his playing career, is full of admiration for his fellow manager and believes his former club are benefiting from the patience of their board.

“All credit to them, I think they could have made an easy decision – a decision that a lot of football clubs would have made in terms of changing after a really damaging result.

“But credit to Ralph and his staff and the players how they’ve used that to galvanise them, used that to improve.

“I think they have been one of the teams of the season, to be honest, in terms of just recovering from that huge setback.

“Ralph has done a fantastic job.”

While Southampton have taken an impressive 11 points from a possible 18 since football resumed, Brighton’s own form has been slightly more patchy.

Important victories over Arsenal and Norwich have kept the Seagulls above the drop zone but those results have been tempered by resounding home losses to Manchester United, Liverpool and Manchester City.

Despite being hammered 5-0 by second-placed City on Saturday evening, Potter was described as “one of the best English managers” by opposition manager Pep Guardiola.

Potter admits it is flattering to receive such praise but insists he is only thinking about ensuring Albion extend their top-flight stay to a fourth season.

“You can have people that would write things not so nice about me and say not so nice things about me, that’s the beauty of football. Life is full of opinions,” said Potter.

“So it’s nice to hear that but in terms of my job I am just focusing on helping this club and helping this team achieve its goal, which is to carry on in the Premier League and to go forward from there.”

Brighton travel along the south coast with a five-point cushion above the drop zone and three fixtures remaining.

Potter is eager to make safety a mathematical certainty and warned that Albion cannot afford to be preoccupied by results elsewhere.

“We have to understand that we still need to fight for points,” he said.

“We’re still in that place where we need to keep going until we get enough points that makes us secure.

“You can second guess and you can start to predict and think too much and we’re not good enough to do that.

“We just have to focus on the game, focus on what we need to do.”