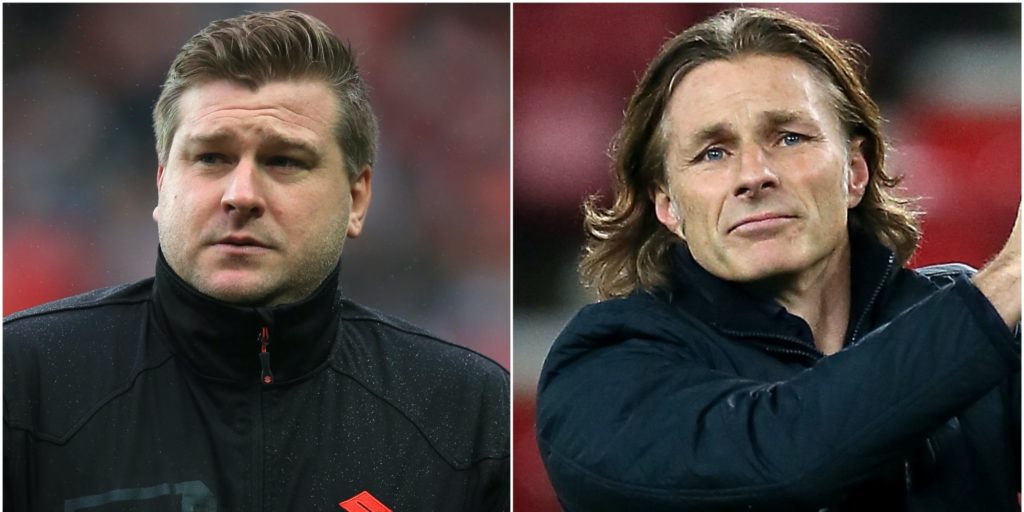 Oxford and Wycombe will battle it out at Wembley.

Oxford and Wycombe meet at Wembley on Monday evening with a place in next season’s Sky Bet Championship at stake.

The U’s secured their trip to the home of football with a nail-biting 5-4 semi-final penalty shootout victory over Portsmouth following a 2-2 aggregate draw, while the Chairboys saw off Fleetwood 6-3 over two legs.

Here, the PA news agency takes a look at some of the talking points surrounding the game.

Oxford’s eventful recent past has seen the club play in each of England’s top four divisions and even endure a four-year spell outside the English Football League. The U’s have not plied their trade in the second tier since they were relegated from the old Division One at the end of the 1998-99 season. Wycombe, who were only admitted to the Football League in 1993, have never progressed past League One and victory at Wembley would represent a high-point in the club’s 133-year existence.

Both Oxford and Wycombe have experienced both joy and agony at the home of English football. As a first division side, the U’s lifted the 1986 Milk Cup beneath the famous Twin Towers following a 3-0 victory over QPR, and were similarly successful when they returned in May 2010, beating York 3-1 in the Blue Square Premier play-off final. However, their last two visits – they played Barnsley in the Johnstone’s Paint Trophy final in 2016 and Coventry in the Checkatrade Trophy final 12 months later – ended in disappointment. The Chairboys tasted success at Wembley in both the FA Amateur Cup and the FA Trophy before their elevation to the Football League and won the 1994 Division Three play-off final against Preston under Martin O’Neill. However, Ainsworth’s side lost 7-6 on penalties to Southend in 2015 in the League Two play-off final having conceded a 120th-minute equaliser.

Ainsworth’s men will head into the game having been elevated from eighth position in the League One table when the season drew to a premature close to third on points per game, in the process leapfrogging Oxford, Portsmouth, Fleetwood, Peterborough and Sunderland, who had all played one more game. The U’s have enjoyed the upper hand of their recent encounters, James Henry’s strike securing a 1-0 win in December following Adebayo Akinfenwa’s early dismissal at the Kassam Stadium, while a late Josh Ruffles strike snatched a 2-1 victory in the corresponding fixture last season after a 0-0 draw at Adams Park, where Karl Robinson’s men also enjoyed a 3-0 Checkatrade Trophy success.

Man for the big occasion

As a manager, Robinson has a knack for getting the best out of his teams when the spotlight is on them. His MK Dons side beat Premier League Norwich 4-0 in the Carling Cup in August 2011 and famously Manchester United by the same score in the same competition three seasons later. Oxford also proved too good for top-flight opposition once again earlier this season when they dumped West Ham out of the EFL Cup with another 4-0 scoreline.

Ainsworth is not a conventional football manager. The 47-year-old, who has suggested his band ‘The Cold Blooded Hearts’ may record a celebratory song if Wycombe win at Wembley, has caught the eye with his choice of attire on the sidelines and is not planning to tone things down for the big day. He said: “I always try to come out with something against the grain and I’ve got a couple of pairs of cowboy boots that, you never know, might just grace the turf of Wembley.”