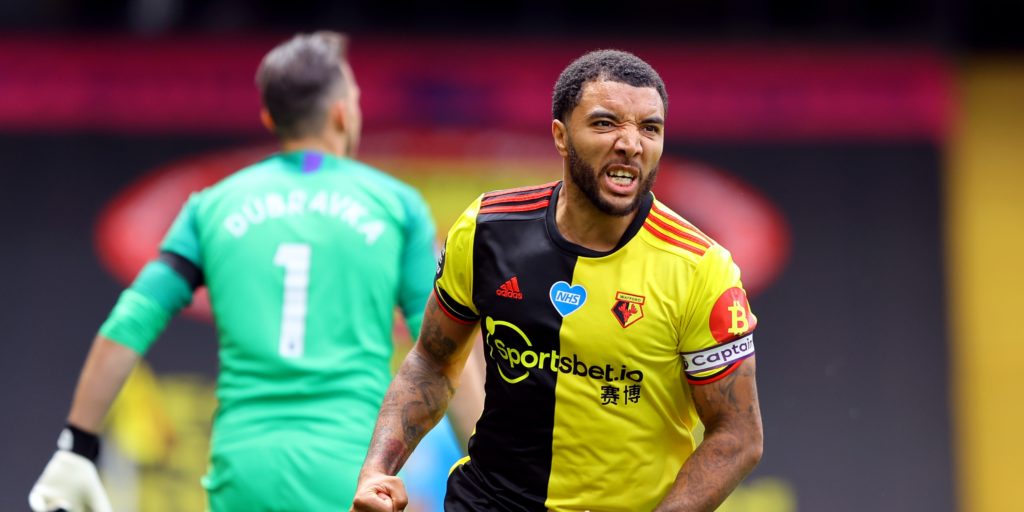 The Hornets are currently six points above the relegation zone.

Troy Deeney believes Watford have “turned a corner” as their Premier League survival bid was boosted with victory over Newcastle on Saturday.

The Hornets skipper hit two second-half penalties to secure a 2-1 win after Dwight Gayle had given the visitors a half-time lead at Vicarage Road.

It was the second time in four days that Watford had battled from a goal down to take three points, having beaten now-relegated Norwich by the same scoreline.

The back-to-back victories means Nigel Pearson’s side are now looking unlikely to be joining the Canaries in the Sky Bet Championship next season.

But, while Deeney insists the club have addressed their early-season woes, he has called on his team-mates to keep picking up points as they prepare to face West Ham on Friday night.

“We can’t afford to be naive to the situation that we’re in,” he told the club’s official website.

“We’re in a relegation fight, we have been since the start of the season with the poor start that we had, but we’ve turned a corner and it’s in our own hands so we’re relishing that.

“We highlighted the last game (Norwich), this game (Newcastle) and the game on Friday as three must-wins and we’re two out of three so far.

“So we want to keep grinding away and getting better and hopefully that will lead into a better next season.

Deeney, who had not scored in six games until his goals saw off Newcastle, claimed he felt more pressure stepping up to the spot on Saturday than he did taking a penalty in last season’s FA Cup semi-final win over Wolves.

His last-minute spot-kick took the tie to extra-time, before Gerard Deulofeu’s effort ensured Watford would go on to the final – where they were ultimately thrashed 6-0 by Manchester City.

“It was probably more pressure than the Wolves one because we know what’s at stake,” added Deeney.

“I actually said to him (Newcastle goalkeeper Martin Dubravka) ‘you know where it’s going, don’t move’, but he moved.

“It’s a massive win but we’re ready to go Friday.

“I don’t want to get carried away with it, it’s not ground-breaking stuff but the biggest thing for me and a lot of people at this club is making sure that next season we come back to a Premier League football club when the fans are eventually allowed back in.”

Newcastle boss Steve Bruce fumed at the lack of VAR intervention on either penalty decision by referee Craig Pawson, but Magpies captain Jamal Lascelles said the players need to look at themselves.

“At the time I thought the first one was harsh,” he told NUFC TV. “In the Premier League you can’t be gifting goals away like that so we just need to eradicate them.

“It was just two errors we were not happy with and it has cost us the game…mistakes cost us so we just need to get it right for the next game.”