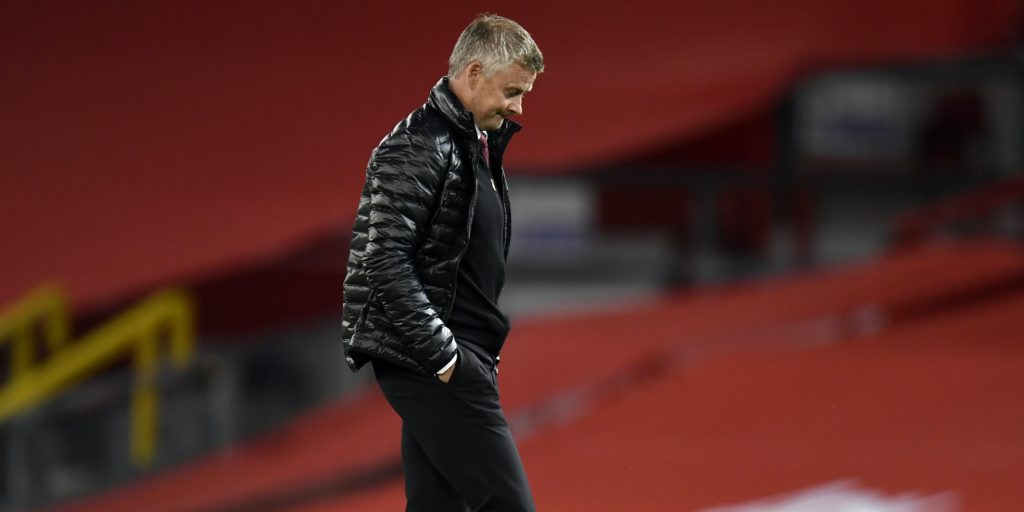 Ole Gunnar Solskjaer hopes his players learned a “hard lesson” as Southampton struck at the death to seal a point that prevented Manchester United climbing into the top four.

The Court of Arbitration for Sport announced on Monday morning that Manchester City’s two-season European ban would be lifted, increasing the importance for fifth-placed United of winning that evening at Old Trafford.

They were on course for a fifth successive Premier League victory, having bounced back from Stuart Armstrong’s early opener through Marcus Rashford and Anthony Martial goals in quick succession.

But, just as the jump to third beckoned for Solskjaer’s men, substitute Michael Obafemi struck in stoppage time to seal a 2-2 draw the Norwegian could have few arguments with.

“Well, we have been on a great run,” the United boss said. “It’s not going to be like turning up and being given three points.

“They’re going be tough games, the next three as well.

“We didn’t expect anything else than what we got here today from Southampton.

“It was a good game of football that unfortunately ended in a conceded goal at the end for us.

“I have to say the mentality of the boys has been brilliant. We’ve had a few setbacks over the season, of course, and this is another challenge for us.

“I am very confident in the mentality of them. Very disappointed, of course, but we have to take the disappointments as well as the positives when you win games.

“Conceding with one of the last kicks and lose two points, that’s just part of football.

“We’ve learned a hard lesson today hopefully, so we’ll make it right, we’ll put it right. I trust the boys in that respect.”

Solskjaer’s side need to quickly dust themselves down with a trip to Crystal Palace coming up on Thursday before they return to the capital for Sunday’s FA Cup semi-final against Chelsea.

Luke Shaw is a doubt for those games after being forced off with an ankle complaint, while United ended the match a man light after his replacement Brandon Williams was involved in a clash of heads.

Mason Greenwood was fortunate to avoid an even worse injury after an awful Oriol Romeu tackle in the first half that somehow avoided punishment by VAR.

“My ankle would have been gone and I would be out for a month, but he has got strong ankles,” former striker Solskjaer said.

“It’s up to the referees to make the decisions and I don’t think anyone would be surprised if it would’ve been a different outcome.

“I mentioned it to the fourth official, to be fair, just subtly.”

While Solskjaer’s side blew the chance to move up the standings, Ralph Hasenhuttl left delighted with his team’s performance and character.

“I think it was a really deserved point what we got here tonight,” the Southampton manager said.

“We had a fantastic start today and 10 minutes where we lost a little bit our way we want to defend against this team. You see immediately how good they are.

“But it was good that we could find way back to the way we want to play.

“I think over 90 minutes we were a really competitive opponent and in the end in the second half I saw more chances from us.

“There was a good chance from Reddy [Nathan Redmond] and a fantastic save from (David) De Gea.

“In the end, believing in what we’re doing and deserving this point.”