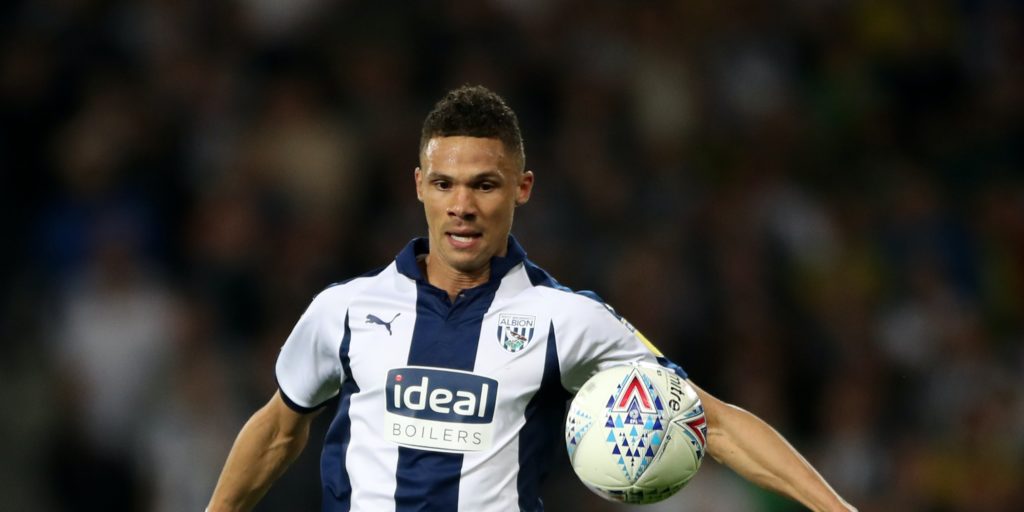 Gibbs came off in the first half of the 4-2 win over Hull.

Kieran Gibbs remains out for West Brom for the visit of Fulham on Tuesday.

The left-back suffered a hamstring injury against Hull last weekend, with boss Slaven Bilic hoping to have him available for the final two games.

Grady Diangana, Rekeem Harper and Hal Robson-Kanu are all pushing to start, with Bilic having shuffled his pack since the restart.

Ahmed Hegazi is also hunting a recall after being an unused substitute in Saturday’s 1-1 draw at Blackburn following a suspension.

Tom Cairney remains a doubt for Fulham who are looking for a fifth straight win.

The skipper picked up a knock against Birmingham and has missed the last two games.

Ivan Cavaleiro, Neeskens Kebano and Stefan Johansen are looking for recalls after coming off the bench in the 2-0 win over Cardiff on Friday.