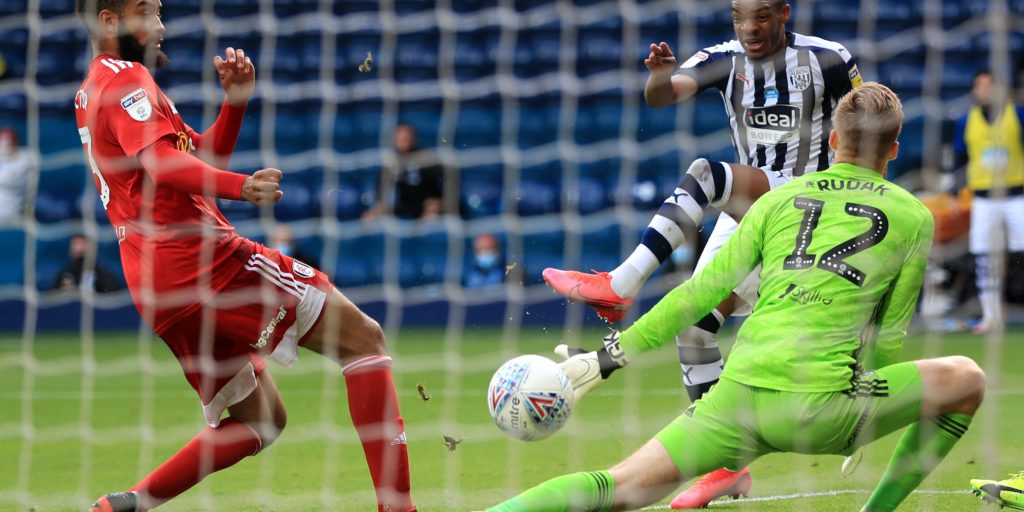 Fulham must settle for the play-offs while Albion are continuing to sweat.

West Brom’s automatic promotion hopes remain in the balance after they were held to a 0-0 draw by Fulham.

Albion’s failure to win offered another Premier League lifeline to Brentford in the race for the top flight.

Slaven Bilic’s side sit second in the Sky Bet Championship, four points clear of the third placed Bees having played a game more with Brentford hosting Preston on Wednesday.

The stalemate all but ended Fulham’s hopes of automatic promotion, although they came closest to winning when Anthony Knockaert hit the bar.

It was a result neither side wanted and Albion will now be sweating after dropping four points in the last two games.

Fourth placed Fulham are likely to have to settle for the play-offs, now sitting five points behind the Baggies with two games to go, but they made the slicker start at The Hawthorns with Sam Johnstone turning Knockaert’s early effort wide.

The Cottagers were the better side in the early stages and came close to an opener after 22 minutes when Knockaert’s cross created havoc.

Ivan Cavaleiro’s header looped over Johnstone and Ahmed Hegazi hacked it clear with Bobby Decordova-Reid ready to pounce for a tap in.

Albion struggled against Fulham’s three-man midfield with their chances limited – Dara O’Shea’s miss-hit cross the only time they had Marek Rodak scrambling.

But they finally got to grips with Scott Parker’s side as Fulham’s early fluency waned although, as a result, it turned into a scrappy affair.

Matheus Pereira miscued a volley and after Fulham lost Cavaleiro to injury and Aleksandar Mitrovic headed over in first-half stoppage time.

Albion emerged with renewed vigour but failed to wrestle the game out of its disjointed pattern, with petty fouls halting any chance for momentum.

The Baggies did pin the Cottagers back with Pereira flashing a ball across goal and firing a free-kick straight at the goalkeeper.

But the pace began to increase and Diangana was brilliantly denied by Rodak with 23 minutes left.

Hal Robson-Kanu flicked on a cross for an unmarked Diangana at the far post and, after turning inside, the West Ham loanee’s shot was deflected wide by Rodak’s outstretched leg.

Semi Ajayi headed over the resulting corner and the defender nodded another wide five minutes later.

It was a wake-up call for Fulham, who had been silenced in the second half, and they nearly snatched a 74th-minute lead.

Rodak launched a long clearance upfield for Mitrovic to flick on and Knockaert took a touch to smack a 25-yard half volley off the top of the bar.

Harrison Reed then produced a goal-saving challenge on Robson-Kanu and the forward’s dive as he tried to win a late penalty soon after summed up Albion’s desperation.