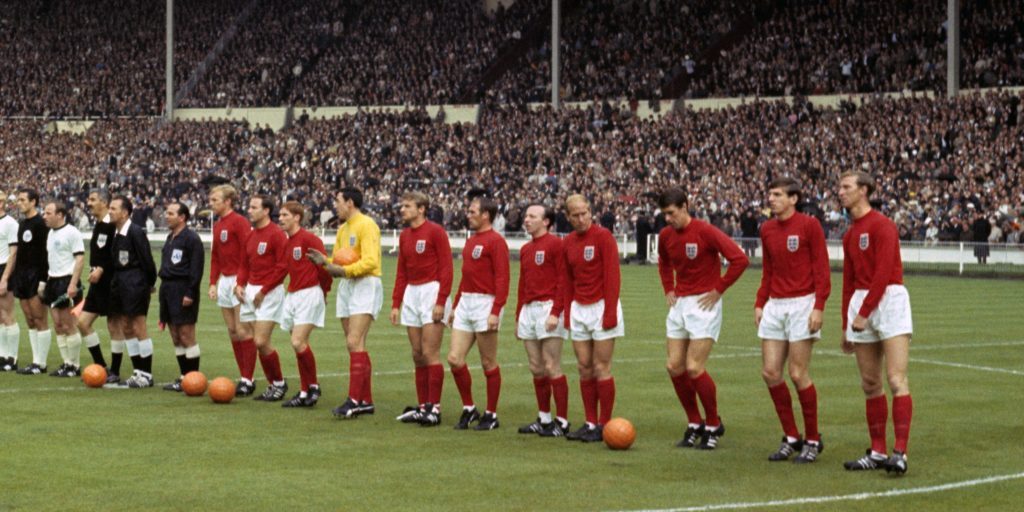 Jack Charlton is the latest member of England’s World Cup winning team from 1966 to die.

The class of 1966 still remain the only England side to lift a trophy at a major tournament.

Here, the PA news agency runs the rule over how England’s men followed up on that World Cup win.

Went on to win 73 England caps and make 628 club appearances in a 15-year career. Still famed for his stunning save from Pele’s header in England’s 1970 World Cup clash with Brazil. Helped Stoke to the 1972 League Cup though lost the sight in one eye in a car crash in October later that same year, that ultimately ended his professional career. Enjoyed a brief managerial stint with Telford United. Banks died aged 81 in February 2019.

Fulham defender Cohen was forced to retire through injury aged 29, having amassed 459 appearances for the Craven Cottage club. Cohen struggled with bowel cancer for 14 years in the 1980s. He later opted to sell his World Cup winner’s medal, though Fulham purchased the item to display at Craven Cottage. Nephew Ben Cohen helped England win the Rugby World Cup in 2003. Awarded the MBE in 2000.

Made 629 appearances for Leeds and collected 35 England caps, before turning attention to a successful managerial career. After stints with Middlesbrough, Sheffield Wednesday and Newcastle, Charlton stepped up to lead the Republic of Ireland. Charlton led the Irish to the quarter-finals of World Cup 1990. Appointed an OBE in 1974 and awarded honorary Irish citizenship in 1996, being made a freeman of the city of Dublin in 1994. He died at the age of 85 in July 2020.

Widely accepted as England’s greatest centre-half and one of the best of all time, the World Cup-winning captain died from bowel and liver cancer in February 1993, aged 51. Won 108 caps for England, representing West Ham with distinction, before enjoying spells at Fulham and in America. Moore’s widow Stephanie founded the Bobby Moore Fund in 1993, to raise money for research into bowel cancer and raise public awareness of the disease.

England’s left-back has kept the lowest profile of the 1966 winners. Wilson built a successful undertaker’s business in Huddersfield after his football career, but retired from his second career in 1997. Lived in Huddersfield, playing over 250 times for the Terriers, before his death aged 83 in May 2018 from Alzheimer’s disease.

Midfielder Stiles ended up with 28 England caps but went on to rack up 392 appearances for Manchester United before a move to Middlesbrough in 1971. A career in coaching followed, with two stints at Preston, before a short-lived tenure at West Brom. Stiles worked as a youth team coach at Manchester United between 1989 and 1993, helping oversee the development of the renowned class of ’92 that included the likes of David Beckham and the Neville brothers.

Ball died of a heart attack in April 2007, aged 61. The combative midfielder excelled in stints with Blackpool, Everton and Arsenal, while also winning 72 England caps. After more than 800 club appearances Ball then moved into management, twice taking charge at Portsmouth along with stints at Southampton and Manchester City.

Jack’s younger brother Bobby continues to sit on Manchester United’s board of directors, remaining a fixture at Old Trafford matches. The 78-year-old Ashington native racked up 106 England caps between 1958 and 1970, before short managerial stints with Preston and Wigan. He was Manchester United and England’s record goalscorer until Wayne Rooney bettered his record at both international and club levels.

Moved into the insurance business after retiring from football in 1983, following 67 England caps and lengthy stints with West Ham, Tottenham and Norwich. Sat on Spurs’ board of directors in the late 1990s and died in his sleep in December 2019 aged 76 after a three-year battle with Alzheimer’s disease.

Still the only man to score a hat-trick in a World Cup final, Hurst made more than 400 appearances for West Ham and won 49 England caps. Short-lived managerial stints with Telford United, Chelsea and even a foray into club
management in Kuwait punctuated work in the insurance trade after his playing career. Lives in Cheltenham.

Liverpool stalwart Hunt made more than 400 appearances for the Anfield club, along with winning 34 caps for England. Held Liverpool’s club scoring record until overhauled by Ian Rush. Joined his family’s haulage business after retiring from football. He was awarded an MBE in 2000 and inducted into England’s Hall of Fame six years later.

The former Southampton and Tottenham full-back continued at the England helm until 1974, after the 1966 triumph. Ramsey lost his national job after England failed to qualify for the 1974 World Cup. Stints at Birmingham and Panathinaikos followed, before he spent his retirement in Ipswich. Ramsey died in April 1999 aged 79, less than a year after suffering a stroke, and after battling Alzheimer’s disease and prostate cancer.