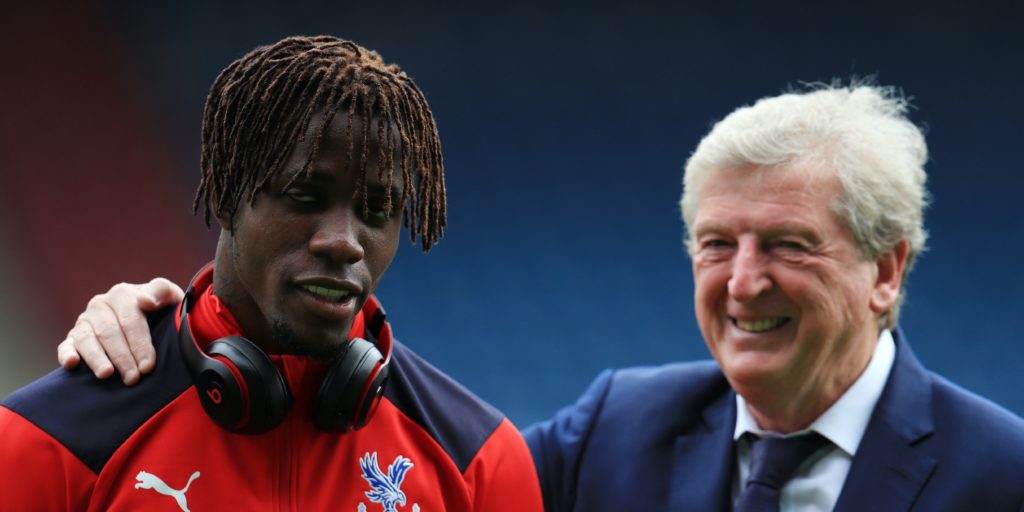 Zaha and David McGoldrick were the victims of online racist abuse over the weekend.

Eagles forward Zaha revealed over the weekend that he had been subjected to racist abuse on social media.

Hodgson acknowledged questions remain how the wider issue can be fought but believes Zaha has the right qualities to try.

He said: “Has Wilf got the character and desire to step forward in the same way Raheem Sterling has and shown himself to be someone prepared to stand out there and stand up for the rights that all people should have and to fight injustice?

“My answer would be yes. He is strong enough to do it but how he can do it and what he can do and what change he can bring about I really don’t know.

“The bottom line is these things are still happening and players are still being abused in this way. It affects their mental welfare.

“For Wilf to receive this on the day of the game and to be expected to go out and perform and to forget about it is asking something that isn’t humanly possible. The brain and the mind doesn’t function in that way.”

A 12-year-old boy was arrested by police investigating racist messages and was released under investigation.

Sheffield United striker David McGoldrick was also the victim of abuse after scoring twice during Saturay’s 3-0 win over Chelsea.

Meanwhile, Luther Blissett, the first black player to score a hat-trick for England, has urged other players to come out and condemn any racism they suffer.

The 62-year-old, who had a bullet sent to him in the post during his playing days, says education needs to improve but reckons players have the platform to make a difference.

“It’s absolutely the right thing to do. I’ve heard people say he (Zaha) shouldn’t have done it – of course he should,” Watford’s all-time record scorer told the PA news agency.

“It can then get people to say, ‘Yes, I’ve been getting this’ and we can see what the problem is. It’s where you go then to sort the problem out.

“Social media now is almost a modern artefact of racism because people can do this and can get it out there so lots of people can see it.

“Are these people racist or just using racist language? They say things because they’ve heard it and repeat it but do they understand what they are saying? It comes back to education and it’s key.

“I received abuse in my day but I got it in the post. I’d read it, rip it up or give it to the management.

“You might get another one two or three days later but now you can get four within 10 seconds.

“I got a bullet sent in the post once. It was scary and it wasn’t. If someone wanted to do you harm they would just do it. If you met them face to face, nine out of 10 wouldn’t know what to do.”