Wycombe edge out Oxford to clinch promotion to the Championship 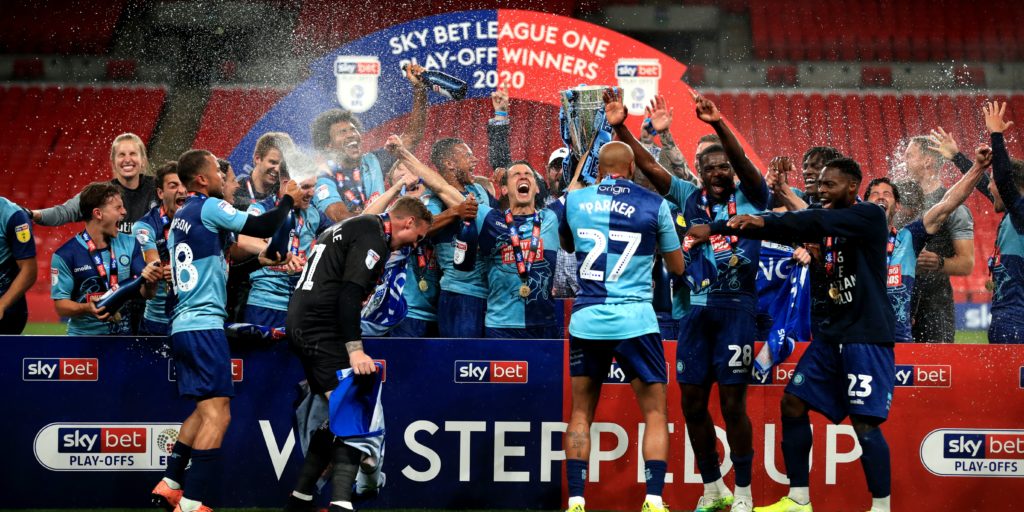 Joe Jacobson scored the winner from the penalty spot.

Wycombe will play in the second tier for the first time in their 133-year history after a 2-1 win over Oxford in the Sky Bet League One play-off final.

Wycombe retook the lead from the penalty spot in the 79th minute after U’s goalkeeper Simon Eastwood brought down Fred Onyedinma and Joe Jacobson stepped up to seal their promotion to the Championship.

The Chairboys, tipped for relegation at the start of the season, defied the odds to qualify for the play-offs, having been raised from eighth position in the table when the season came to a premature close to third on points per game.

Manager Gareth Ainsworth suffered penalty shoot-out heartbreak with Wanderers on his previous visit to Wembley, in the League Two play-off final, in 2015, but was able to create history this time following a cagey game.

After a tight opening few minutes, Wycombe went in front. Stewart headed Jacobson’s corner towards the goal and the ball ended up in the back of the net after a significant deflection off Eastwood.

The Chairboys’ fast start mirrored the first leg of their semi-final against Fleetwood at Highbury, which they eventually went on to win 4-1.

Eastwood almost got his side in further difficulties when he spilled a speculative effort from Onyedinma, but the Oxford goalkeeper was able to gather at the second attempt.

Karl Robinson’s Oxford dominated the possession before the first-half drinks break but were unable to create any significant chances in a tense game.

Despite having the majority of the ball, Oxford grew frustrated at being kept out of Wycombe’s area by well-organised defending.

Marcus Browne had an attempt from distance, but his drive flew over the crossbar.

Wycombe’s resolute defending continued in the second half, although United edged closer to a breakthrough.

And it arrived in the 57th minute as Sykes drove down the wing before lofting an effort towards the goal. Ryan Allsop had to backpedal in a bid to keep the ball out but he could not stop it flying into the back of the net.

Oxford almost took the lead just minutes later after a deflection sent the ball into the path of James Henry, but he chose to try and find a team-mate rather than go for goal himself and Wycombe were able to clear.

Allsop was then called on twice in a matter of minutes, first to deny U’s captain Rob Dickie from a free-kick and then from the subsequent corner.

And it was against the run of play that Wycombe retook the lead, with Jacobson sending Eastwood the wrong way from the spot.

The Oxford goalkeeper gave away the penalty when he rushed out to try and get the ball ahead of Onyedinma, who reached it just ahead of the keeper and was taken down, referee Robert Jones pointing to the spot.