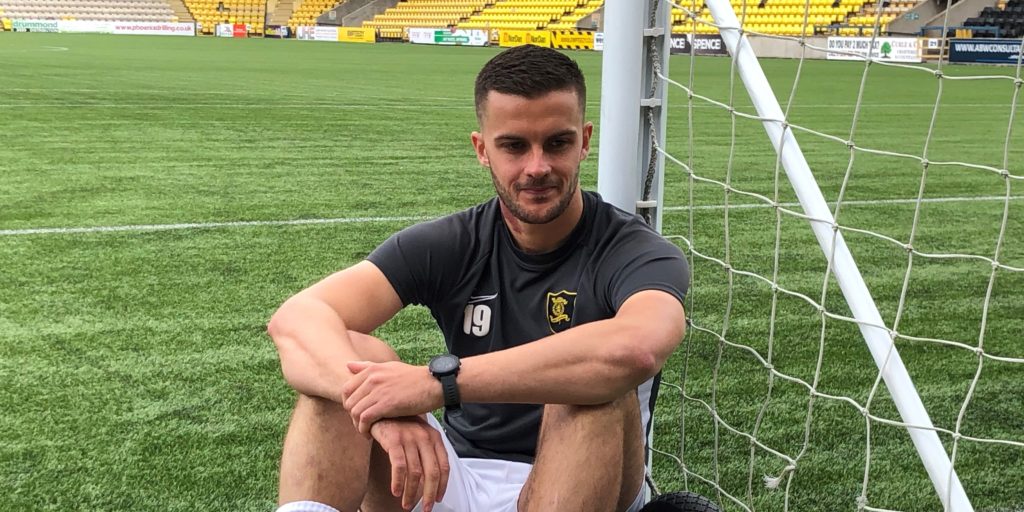 The former scaffolder impressed at League One Queen’s Park to win a move to the Tony Macaroni Arena.

Former scaffolder Salim Kouider-Aissa admits he is using Scotland skipper Andy Robertson as inspiration as he looks to rebuild his career with Livingston.

The new Lions signing found himself back playing amateur football with his friends and working on building sites after his first taste of the senior ranks turned sour.

But the 24-year-old is now ready to grasp his first chance at top-flight football after a spell at League One Queen’s Park won him a move to the Tony Macaroni Arena.

The foundations to Kouider-Aissa’s comeback were laid with local amateur outfit Lenzie Thistle and then junior side Kilsyth Rangers, where he blasted 41 goals in 38 appearances.

He returned to the seniors with Queen’s Park last season and spurned on by images of Liverpool’s new Premier League winning left-back Robertson – who also resurrected his career with the Spiders after being released by Celtic as a teenager – hammered home another 17 strikes to convince Livi boss Gary Holt he was worth a two-year deal.

“My year at Queen’s Park was brilliant for me,” said Kouider-Aissa. “You’d be training at Lesser Hampden twice a week and you could see Andy Robertson’s face plastered all over the place.

“The whole time you’re training you’re wondering, ‘Could that be me one day?’

“If you take your time and work hard, something Andy has done, then it shows what can happen. Look where he is now.”

Now he insists he is good enough to fire Livi up the Premiership table.

He said: “It’s only two years ago I was still playing amateur for my local team while working as a scaffolder.

“That was a wake-up call. Without being big-headed, I realised I was better than the level I was playing at and that I can do better.

“I first broke through at 17 at Stenhousemuir then went to Queen of the South for a year before moving to Stirling.

“But I lost my love for the game. I was just too young and too immature at the time.

“I ended up going back to Lenzie Thistle. I was playing with my friends and rediscovered my enjoyment.

“I then moved to Kilsyth Rangers, where my uncle was the coach, in the juniors and he knew my game inside out.

“So I gave it another crack. I got my head down, put my full concentration into the game.

“It definitely feels sweeter thinking about where I’ve come from.

“When I’m coming into training I drive past some of the building sites I used to work on. You need to pinch yourself.

“It’s a bit surreal but I can’t think like that for too long as I’m here for a reason. Now I need to work hard, go again and see where that takes me.

“It was always my dream to be playing in the top division in Scotland – but I definitely feel I can cut it at this level. I wouldn’t be here if the manager didn’t think so. Now I just need to repay him for this opportunity.”