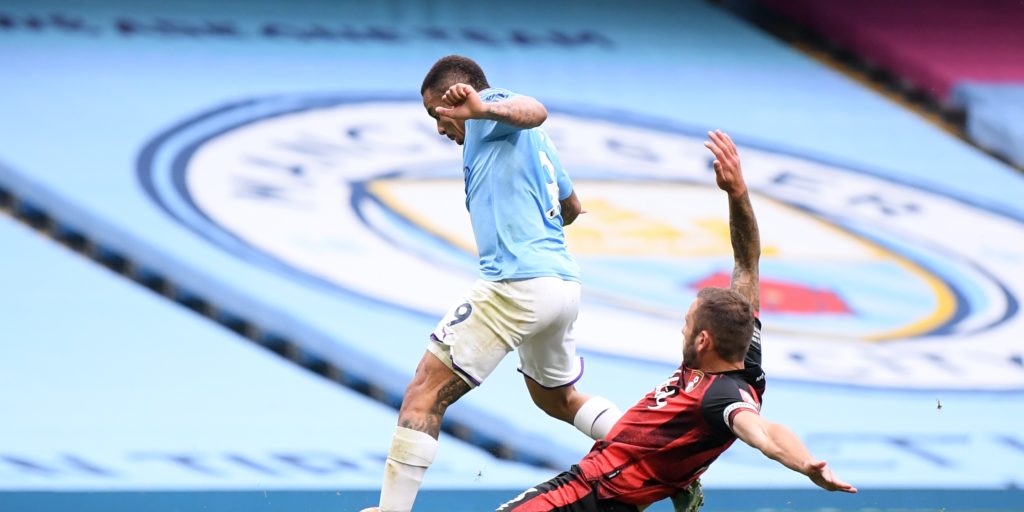 The Cherries were pushed closer to relegation as they went down to a 2-1 defeat at Manchester City.

Bournemouth captain Steve Cook is convinced the club can still survive in the Premier League.

The Cherries were pushed closer to relegation after a five-year stay in the top flight as they went down to a 2-1 defeat at Manchester City, despite a battling performance on Wednesday.

The result left the club three points off safety having played a game more than West Ham and Watford – who face each other on Friday – above them.

With an inferior goal difference, the south coast club are likely to need a minimum of four points from their final two games against Southampton and Everton to have any hope, but Cook remains positive.

The defender said: “We have got to win two games to try stay in this league and hope for a favour as well.

“I believe this performance shows that we can. We can’t be down.

“We have to really take the game to Southampton and then Everton. We want to take the season to the last game and I think the teams that were watching might feel a bit nervous with this performance.

“Their job isn’t done yet. We want to keep the pressure on. If we beat Southampton we’re well in it.”

Bournemouth certainly gave it everything at the Etihad Stadium against a City side with one eye on their FA Cup semi-final against Arsenal at the weekend.

They were stung early on by a sublime free-kick from David Silva but went close to levelling when Ederson tipped a Junior Stanislas set-piece onto the post. Dominic Solanke also spurned a good chance before Gabriel Jesus doubled City’s lead but Bournemouth pressed again in the second half and Josh King had a goal ruled out for a marginal offside.

David Brooks finally and deservedly pulled one back for the visitors after 88 minutes but City held on in a frantic finish.

Cook, standing in as skipper for the injured Simon Francis, said: “We didn’t get the slice of luck we needed but we have just got to harness that positivity and go again.”

After winning their last two games 5-0, City were not at their best but they are already assured of second place and their focus is now on the FA Cup and Champions League.

Manager Pep Guardiola named the likes of Raheem Sterling, Kevin De Bruyne, Aymeric Laporte and Riyad Mahrez on the bench as he rotated his squad in readiness for those other challenges.

Yet in Silva, City still had a class act on the field. The 34-year-old, who is leaving the club at the end of the season, was outstanding in scoring and setting up another in the week marking the 10th anniversary of his signing.

City defender John Stones said: “I’ve been trying to convince David for about the last six months to stay but he’s having none of it! He’s without doubt the best player I’ve played with.

“Credit to him. He knows he’s going at the end of the season and still gives everything, turning up and giving performances like that.

“But they made it difficult. Credit to them, they have been fighting for their place in the Premier League and they showed that.”