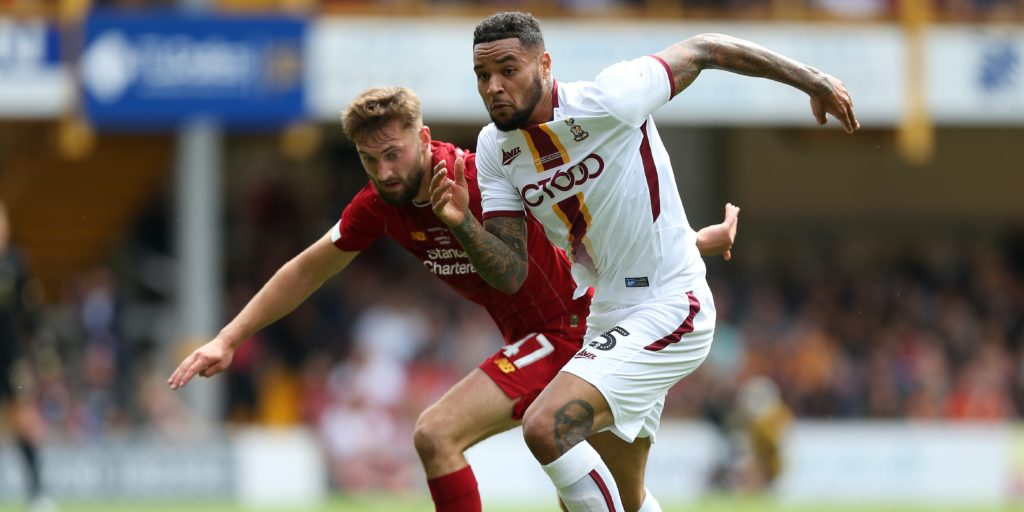 The defender was pulled over in Sutton Coldfield in June.

League Two Bradford have called in lawyers after defender Ben Richards-Everton was handcuffed by police who had stopped his car.

The 28-year-old was pulled over by officers in Sutton Coldfield last month after the Range Rover he was driving was flagged up in relation to drugs and firearms offences.

A search revealed no illegal items and West Midlands Police are now working on the assumption that the vehicle’s number plates had been cloned.

Richards-Everton’s girlfriend filmed the incident as the defender questioned officers as to why he was being handcuffed and about the presence of a taser.

Although he was later released with no further action to be taken, the Bantams have taken legal advice and are to pursue the matter on his behalf.

A club statement said: “Bradford City is aware of an incident involving defender Ben Richards-Everton, which recently occurred in the West Midlands.

“The incident caused our player serious alarm and distress, and, having reviewed all of the evidence made available to us, we have instructed our specialist legal partners to take the matter further – on his behalf.

“We support our player’s judgement in making the matter public, as he saw fit, and would like to take this opportunity to thank our partners, Opus Law, for handling the matter.

“As the situation is now being dealt with legally, the club will be making no further comment at this time.”

West Midlands Police confirmed that the League Two player had been stopped and his car searched, and that he had been released without charge.

A statement said: “Officers on patrol in Sutton Coldfield spotted a car which flagged up with warning markers for drugs and firearms.

“The car parked up and officers approached the driver in Walmsley Road just after 6pm on 24 June. The driver was detained while officers carried out a search of the car.

“Nothing was found in the car and it’s now thought that the number plates, which sparked the suspicion, are cloned.

“The man was advised of the reason for the search and he was released with no further action.

“Given the intelligence around potential firearms, one of the officers drew a taser. It was put away shortly after without being used.”