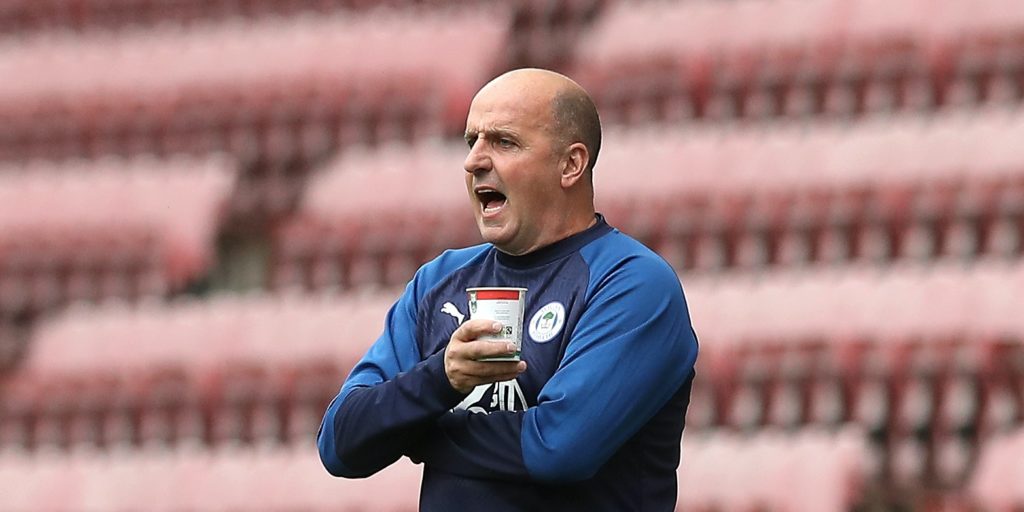 Cook is close to ensuring Wigan remain in the Sky Bet Championship despite administration.

Bristol City and Birmingham are fighting it out for Wigan manager Paul Cook.

The managerless Sky Bet Championship clubs want to tempt the impressive Latics boss away from the DW Stadium, the PA news agency understands.

Middlesbrough also hold an interest in the 53-year-old who appears to be on the brink of guiding administration-hit Wigan to safety.

Birmingham have asked the Latics about Cook’s compensation package and he is keen on the St Andrew’s vacancy, available after Pep Clotet left earlier this month.

Cook believes he can bring the backbone Blues have lacked this season with the club winless in 12 games.

Birmingham, who are expected to sell teenage midfielder Jude Bellingham to Borussia Dortmund, are planning to rely on their academy more with money to spend likely to be limited.

But Cook is confident he can work with a tight budget and develop the club’s young players.

The former Portsmouth boss has also impressed with his leadership this season after Wigan went into administration and contacted staff who lost their jobs.

Under Cook Wigan are close to sealing survival in the Sky Bet Championship despite a looming 12-point hit.

The Latics have won five of their seven games – including Tuesday’s record 8-0 thumping of Hull – after returning from lockdown and have nine clean sheets in their last 10 outings.

They will be deducted 12 points if they finish outside the bottom three this season, the exact advantage they currently have over third-from-bottom Hull.

Bristol City are also in for Cook, who has won league titles with Chesterfield, Portsmouth and Wigan, with the Robins looking for a new boss after Lee Johnson was sacked almost two weeks ago.

Their hopes of reaching the play-off are all but over after a 1-1 draw with Stoke on Wednesday.

Highly-rated caretaker manager Dean Holden has collected seven points from nine – including wins over Middlesbrough and Hull – and performances have improved under him with morale around the camp also rising.

Former Brighton chief Chris Hughton has been linked to the role.

Middlesbrough appointed Neil Warnock until the end of the season after sacking Jonathan Woodgate in June with the former Cardiff boss close to guiding them to safety.