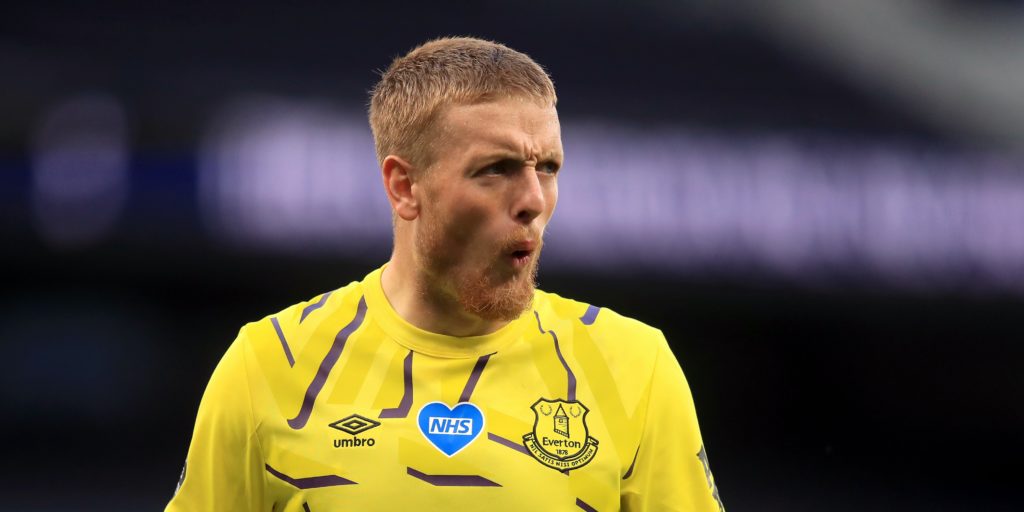 The England number one has come under scrutiny since the restart.

Everton manager Carlo Ancelotti has spoken to goalkeeper Jordan Pickford about his patchy form but insists he is not worried.

The 26-year-old has come under scrutiny since the restart with his performance in Sunday’s 3-0 defeat at Wolves the latest in a number of inconsistent displays which have led to questions about his continuing role as England’s number one.

Ancelotti does not consider Pickford’s Everton place to be under threat, although he has no natural competition with veteran Maarten Stekelenburg on his way back to Ajax at the end of the season and Jonas Lossl currently on loan at Huddersfield.

But he nevertheless has had reason to talk to Pickford.

“He has to be focused on himself, on his performance, day-by-day to try to be better.

“I’m not so worried because he has quality, he has character but I have to say to him, and I said to him, that he has to improve.

“I don’t know if he feels pressure or doesn’t feel pressure. I think that pressure is a part of your job, you have to feel pressure but pressure can be a good gasoline for your job.

“I have, and everyone else at the club, has total confidence in his quality.

“It is true he can do better and he knows this because he is critical of himself. I hope there is improvement in the next games.

“I spoke to him yesterday about this. There is absolutely no problem. For the quality that he has, and he agreed, he has to be better.”

Pickford is not Ancelotti’s only problem, with the Everton boss labelling Sunday’s performance and attitude “unacceptable”.

He has spoken to the group in general and is expecting a reaction at home to Aston Villa.

“My style is to have a direct relationship and direct communication with the players,” he added.

“In the last few days we have focused on the attitude. Today in training I have seen a different attitude and I hope that tomorrow it will be the same in the game.

“As I said a lot of times, I am quite happy with the effort that the players put on the pitch but there are some moments during a season where you have to improve your commitment, your concentration and your motivation to move on from a difficult moment.

“The player has to understand that it is quite usual in football to have difficult moments. The ability is to be able to move on quickly and fast, and to change the attitude quickly and fast.

“In the last few days we didn’t have a lot of time to train but I have seen a different attitude. The players are more focused and more concentrated. I am sure that tomorrow will be a different game.”