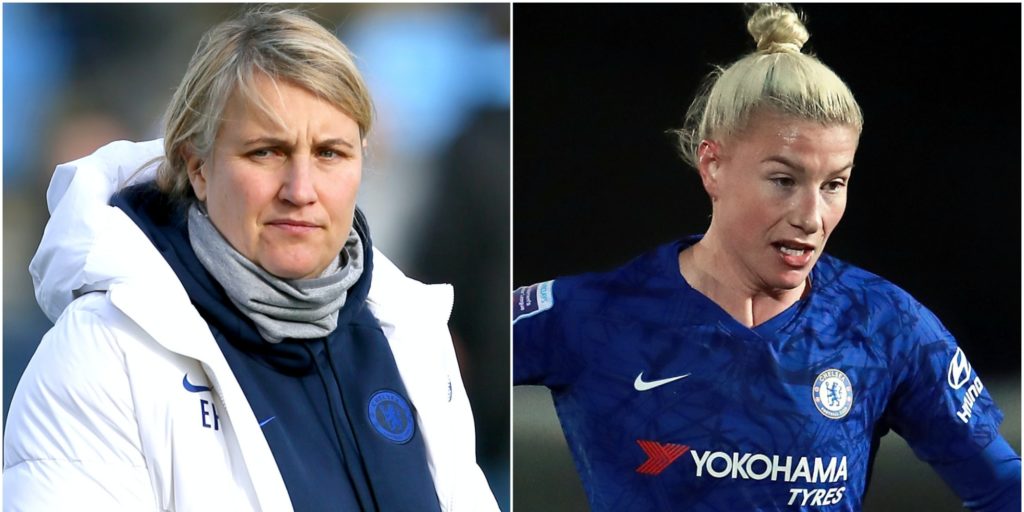 Hayes was crowned WSL Manager of the Season having guided the Blues to the title.

The campaign was curtailed by the coronavirus pandemic and Chelsea moved ahead of Manchester City on a points per game scale.

The champions went through the league season unbeaten and also won the Continental League Cup with victory over Arsenal, with Hayes claiming the managerial honour.

“I just want to say a big thank you to all of my staff and their contributions this season,” she said during a virtual awards ceremony hosted by Kelly Smith and Ian Wright.

“This trophy is about the whole group so a big thank you to the players for stepping up another level and thanks once again to our fans for being the best in the world.”

England picked up the Player of the Season award after hitting 14 goals and claiming four assists en route to the title.

“It is greatly appreciated and means a lot to me,” said England.

“I would like to dedicate the award to my team-mates, without them I wouldn’t have been able to have the season I have had.

“So a big thank you to them, this is for all the team, all the staff and all the fans who went through everything with us this year.”

Miedema won the Golden Boot for the second season in a row as she finished with 16 goals for Joe Montemurro’s Gunners.

The Golden Glove, awarded to the goalkeeper with the most clean sheets, was taken by Manchester City’s Ellie Roebuck, who managed 10 shut-outs.