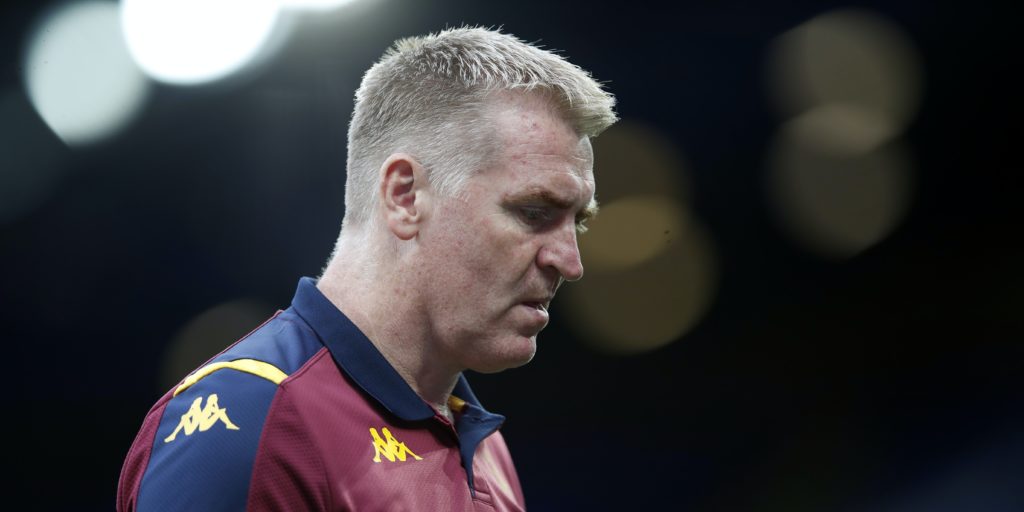 Villa are three points from safety following their draw at Everton.

They were denied a vital victory at Goodison Park after Theo Walcott’s 87th-minute equaliser cancelled out Ezri Konsa’s first top-flight goal, with the visitors left to rue Anwar El Ghazi’s miss-of-the-season contender when he ballooned over from close range instead of making it 2-0.

As a result Villa, with an inferior goal difference to their rivals, remain three points from safety which means they realistically have to get something out of next week’s visit of Arsenal if they are to take it to a potential last-day decider at West Ham.

“It looks that way,” he said after being asked whether they now needed two victories.

“I know we are not out of it because I can see the fight in the players.

“We’ve gone all out to win this game and done enough to win it but unfortunately a lapse of concentration and not making it 2-0 has cost us.

“We scored another set-piece goal today but we missed some chances we would have probably taken before lockdown.

“Unfortunately I thought we lost a little bit of composure in the final five minutes and gave the ball back to them a little bit and Walcott has bit of luck as he’s heading it back across to someone else.

“The pivotal moment is if El Ghazi gets on the end of the cross it is game over.”

Everton manager Carlo Ancelotti was satisfied he got a reaction from his players after labelling Sunday’s performance in the 3-0 defeat at Wolves unacceptable.

“The spirit was good, I think. The attitude was good. We tried to play how we wanted,” said the Italian, whose side extended their unbeaten home league record to 11 matches with Ancelotti equalling Billy Bingham’s 1973 club record of nine league games unbeaten from the start of his reign.

“The start was good and then we lost a bit of control of the game. I think we could do better in the final third.

“But at the end we didn’t want to lose and we wanted to keep our home record and we were able to do that with the spirit.”

Reports have suggested Everton have made an GBP 18million bid for Southampton’s Pierre-Emile Hojbjerg, with midfield an area in need of urgent rejuvenation.

However, Ancelotti refused to comment, saying: “I don’t want to talk about this because it is unfair to talk about a player who is with another team.”