Juventus throw away two-goal lead to draw with Sassuolo 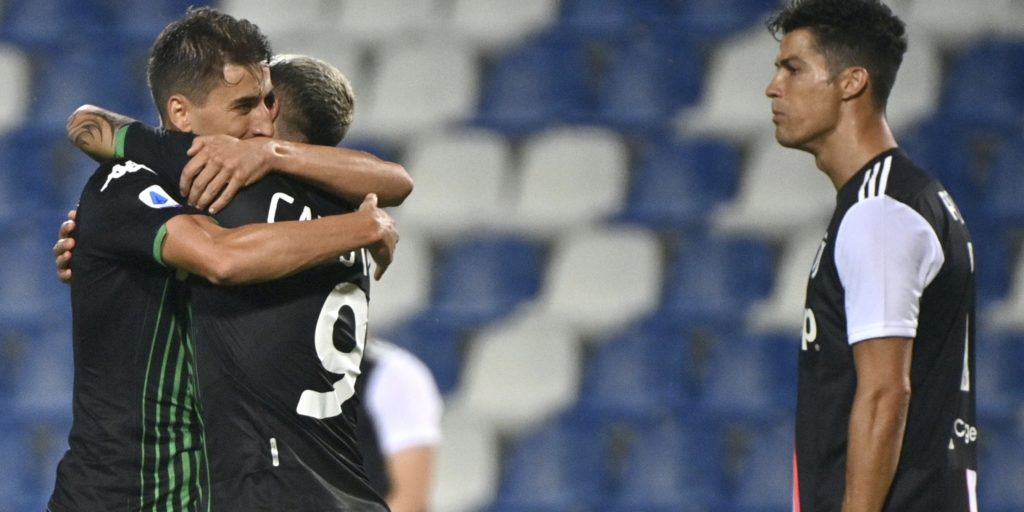 Juventus’ march towards a ninth successive Serie A title suffered another setback after they were held to a 3-3 draw in a helter-skelter clash with Sassuolo.

But the hosts battled back and, after Filip Djuricic halved the deficit before the break, went ahead through two goals in four second-half minutes from Domenico Berardi and Francesco Caputo.

Alex Sandro levelled 26 minutes from time but Juve, who saw Cristiano Ronaldo fail to score for the first time in seven matches, were unable to find a winner.

Third-placed Lazio are eight points adrift of the leaders after being held to a goalless draw at Udinese.

Elsewhere, Roma remain on course for a Europa League spot after securing a third win in a row by beating Verona 2-1.

Jordan Veretout’s penalty and a header from Edin Dzeko put the hosts in control at Stadio Olimpico, with Matteo Pessina pulling one back just after the interval.

Seventh-placed AC Milan overturned a half-time deficit to boost their hopes of qualifying for Europe with a 3-1 success over Parma at the San Siro.

Coppa Italia winners Napoli, who are already guaranteed Europa League qualification, were forced to settle for a 1-1 draw at mid-table Bologna.

Struggling Lecce’s hopes of avoiding relegation were dealt a blow following a 3-1 home loss to Fiorentina.

In Wednesday’s other game, Federico Bonazzoli’s double and a goal from former Southampton striker Manolo Gabbiadini gave Sampdoria a comfortable 3-0 success over Cagliari.