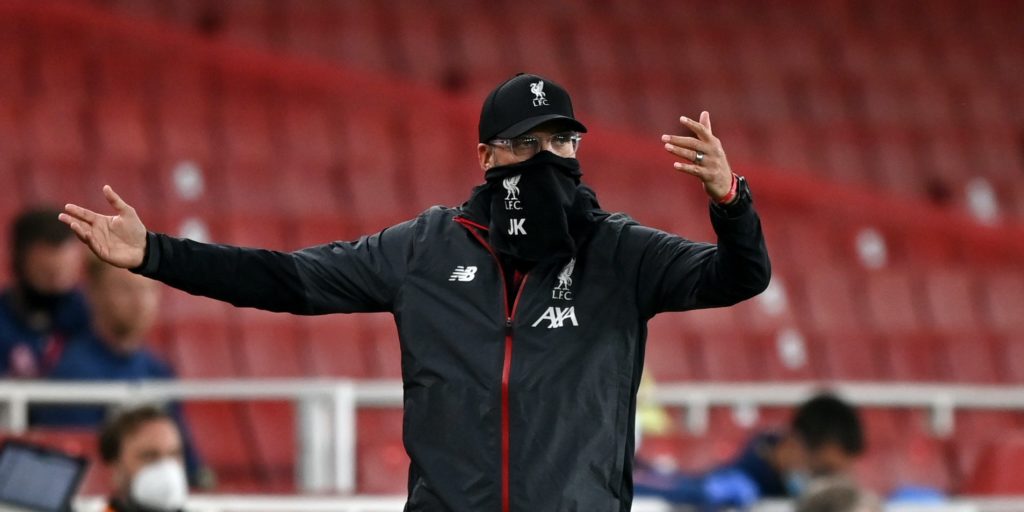 Liverpool boss Jurgen Klopp bemoaned his side’s lack of concentration as the champions’ hopes of amassing a record-breaking Premier League points tally ended with a 2-1 defeat at Arsenal.

Sadio Mane fired the Reds ahead at the Emirates Stadium, but uncharacteristic mistakes from Virgil Van Dijk and Alisson led to goals for Alexandre Lacazette and Reiss Nelson.

The defeat means Liverpool can only get to a maximum 99 points for the season and have failed in their quest to beat Manchester City’s record tally of 100.

Klopp told Sky Sports: “Twice there was a massive lack of concentration. We took a break after 1-0. After being brilliant, it was really good, but those two moments killed the game for us.

“We chased the game and Arsenal had no more chances and we did a lot of things well but you can’t win games when you concede chances like that. We have to learn from it, 100 per cent.

“We’ve had sloppy moments before and not been punished for it but this is good because we have to learn from it. But credit to Arsenal for being there and using it. That’s why we lost.”

The Dutchman said: “Obviously the goals we gave them were a present. Until the first goal it was totally us and we were dominant. But if you give goals like that away, including myself, you get what you deserve.

“Goals like that shouldn’t happen and it happened twice tonight. Until I make the mistake, we did nothing wrong. I take the blame for it, of course, I take it as a man and we move on.

“We wanted to win the game and we can’t blame it on the fact that we are already champions. We will try to win the last two games and then get a well-deserved break. We have had a fantastic season.”

Mikel Arteta is confident he is making progress at Arsenal.

He said: “In terms of energy and happiness before a semi-final, it was the best medicine. We had a bit of luck but the belief was good. Before, going behind, I think we could have gone down but we reacted.

Asked whether he will get the finances to build a title challenge at the Emirates Stadium, Arteta said: “I don’t know. It is a big concern because you just how to see how they build the squads.

“It is not magic, you need to improve with quality players in the squad. You need a bigger squad to compete in this competition and that is going to be the challenge.”