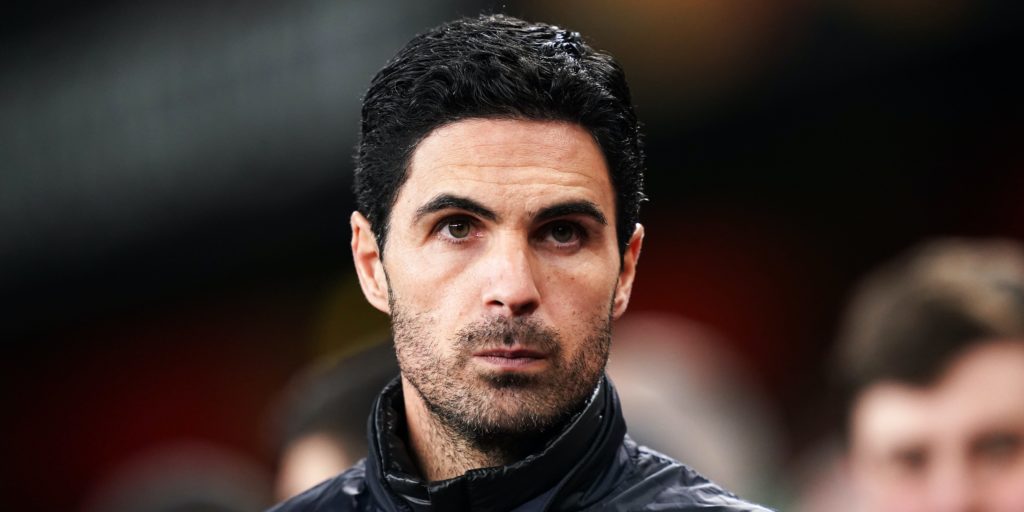 The Gunners claimed a 2-1 win against new champions Liverpool on Wednesday.

Arsenal head coach Mikel Arteta saw his side beat newly-crowned Premier League champions Liverpool on Wednesday night – before admitting he has “big concerns” over whether he will get the finances to mount his own title challenge.

The Gunners were gifted both of their goals in a 2-1 win after Sadio Mane had put the visitors ahead at the Emirates Stadium.

Virgil Van Dijk was caught in possession by Reiss Nelson, who found Alexandre Lacazette to level the game before the roles were reversed with Arsenal pouncing on an error from goalkeeper Alisson.

Nelson tucked away his first Premier League goal as a result to leave Arsenal with a lingering chance of qualifying for Europe next season.

But, in terms of putting together a side capable of fighting at the top of the league, Arteta pointed to the constrained financial situation at Arsenal as a reason why they may struggle to do so.

Asked whether he will get the finances to build a title challenge, Arteta told Sky Sports: “I don’t know. It is a big concern because you see how they build the squads.

“It is not magic, you need to improve with quality players in the squad. You need a bigger squad to compete in this competition and that is going to be the challenge.”

Arteta made five changes for the game with an eye on Saturday’s FA Cup semi-final clash with Manchester City at Wembley.

The likes of captain Pierre-Emerick Aubameyang, Hector Bellerin and Dani Ceballos dropped to the bench – with Arteta delighted with the preparation for their cup tie.

“In terms of energy and happiness before a semi-final, it was the best medicine,” he said, having seen his side lose the north London derby at Tottenham last time out.

“We had a bit of luck but the belief was good. Before, going behind, I think we could have gone down but we reacted.

Liverpool manager Jurgen Klopp admitted his players “took a break” as they gift-wrapped Arsenal’s goals – but insists he is not upset by the fact his champions can no longer break the Premier League points record.

“No, I want the points we can and we will see what it is at the end of the season,” he replied when asked if he was disappointed that the 100-point goal is out of range.

“I can’t make something negative from something so positive, we get the points we deserve and we will see how many that will be.

“These boys played an exceptional season, nobody can take that away from them.

“I’m disappointed and angry about a few things but the game was good, the attitude was good, but we took a break and that is why we lost the game.

“That is football, someone is surprised these boys are human beings – I am not. From time to time they are not perfect.

“I can’t remember such a dominate performance against Arsenal…It was one of the better games we have played here but when you make these kind of mistakes you cannot win games in the Premier League.”