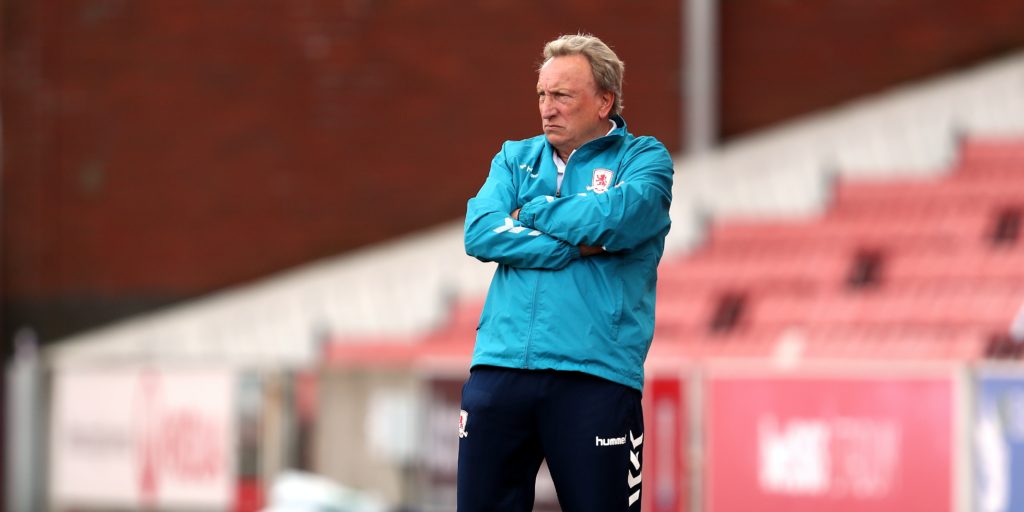 The former Cardiff boss benefited from a change of personnel in midweek.

Middlesbrough manager Neil Warnock could once again ring the changes as his team prepare to host Cardiff on Saturday.

Warnock, who managed the Bluebirds himself until November 2019, made four changes when his current club defeated Reading on Tuesday.

Goalkeeper Aynsley Pears, defender Anfernee Dijksteel and midfielders Patrick Roberts and Marcus Tavernier all took a place in the squad, with Roberts providing a winning strike in the 82nd minute.

The 23-year-old therefore looks likely to retain his place, with only Ravel Morrison doubtful having recently been absent due to illness.

Tomlin sealed the Bluebirds’ 2-1 victory over Derby on Tuesday night with a 59th-minute goal, but then left the pitch at the second-half drinks break due to injury concerns.

The 31-year-old has been suffering with a long-term knee ligament issue and as his recovery has not been straightforward he may not be risked.

Aside from Tomlin, Harris has a full complement of players as his squad continue to challenge for the play-off places.