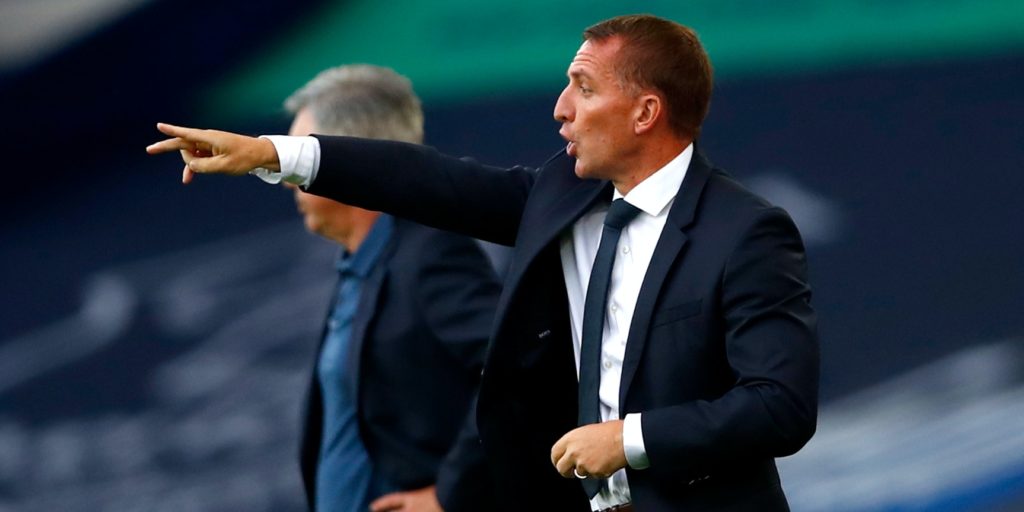 Leicester are aiming to return to the Champions League for the first time since 2016-17.

The Foxes are fourth ahead of Thursday’s Premier League visit of Sheffield United.

They suffered a shock 4-1 defeat at relegation-threatened Bournemouth on Sunday but remain in a Champions League qualifying spot after Manchester United’s 2-2 draw with Southampton.

Just seven champions remain at the club, with Demarai Gray and Daniel Amartey also picking up winners’ medals, and Rodgers feels his old guard remain vital to their chances of success this term.

He said: “100 per cent, but they can’t do it on their own, you do need that calmness and energy and commitment and a bit of luck as well. We didn’t have that the other night at Bournemouth.

“Kasper has had an absolutely outstanding season, he has been superb and has been a great influence. Jonny Evans has great experience. Fuchsy, Vards, Wes – even though he hasn’t been playing so much his calmness around the team is very important.

“All these guys have been very pivotal since I’ve been here and they will remain that, they are key.”

The Foxes, who could be without the injured James Maddison and Ben Chilwell against the Blades, are four points behind third-placed Chelsea, with Thursday’s game in hand.

Victory would keep them in the hunt for third and Rodgers says he prefers to look forward rather than over his shoulder.

“I’ve always been like that. The intention from me is always to look forward and we’ll always continue to do that,” he said.

“As a group we will always be hunting, we’ll always be that type of team. Whatever spin people want to put on it for us, we can only control ourselves and that’s our focus.

“If you’d have said to me back in Evian, when we were on a pre-season trip, that with three games to go you’re fighting for the Champions League, I would have bitten your hand off.

“There have been disappointments, but I’ve got a real sense of perspective about how well this team has done, amidst what our competition has been and where we were at the start of the season.

“This is something that will make us stronger and better. I’ll get that message through to the players.”