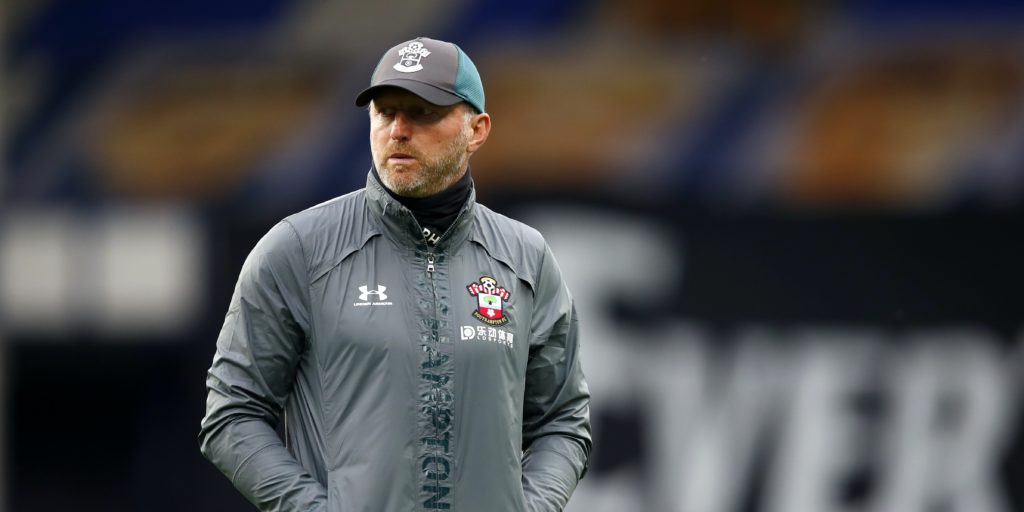 Ryan Bertrand and Danny Ings have impressed this season.

Southampton boss Ralph Hasenhuttl admits he is scared his best players could be picked off this summer.

Saints have had a strong second half of the season and are comfortably in mid-table with three games of the campaign left to play.

Midfielder Pierre-Emile Hojbjerg has already said he will not sign a new contract, Ryan Bertrand has impressed at left-back while Danny Ings has scored 19 goals and may interest some of the top clubs.

Hasenhuttl says it is part of the fabric of being Southampton manager.

“I’m always scared that players playing well in our team are interesting for others,” he said.

“If they then outperform and another club comes and says, ‘He’s interesting for us’, then we cannot stop them going. This is normal for us.

“The players know what they have with us. If a big club comes and wants to sign them, even if he has a (long) contract we have no chance to compete with them.

“But that’s not a problem. This is part of the business.

“Sure, it would be a step back when someone has an offer from somebody else and wants to leave.

“But we are not that far I think and we know we have to at first finish the season and then we will have a look at what happens.”

Bertrand has been one of Southampton’s top performers this season, but has entered the final year of his contract.

Hasenhuttl says the 30-year-old has to be patient for a new deal.

“I think we know that he is a fantastic left-back and he still has targets to be an international for England because he is playing fantastic at the moment,” he said.

“He absolutely has the potential to do this and we will help him come to this position.

“As always, we have to see that he is not the youngest one and know that the older players have to wait to extend their contracts like we did with Longy (Shane Long).

“It must be a good mixture in the team and a little bit of experience is absolutely necessary, especially when you have an experienced player who is open-minded and willing to learn.

“I think Ryan showed that he is the perfect example of how quickly you can adapt to this and learn new things.

“He has enough space for new things and I am not surprised that an older player can learn this.

“I think he likes the way we play; being brave and showing we can compete with the big teams.

“This is why he is maybe the most consistent defender we have this season.”