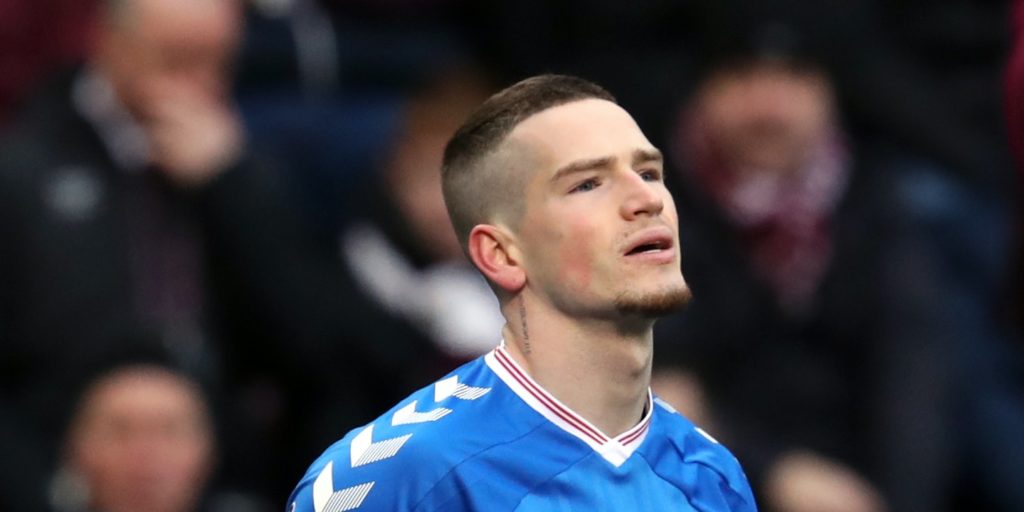 Ianis Hagi followed up Marcelo’s own goal as the Glasgow side impressed in France.

Rangers refused to relent after Ryan Kent’s first-half dismissal as they claimed an impressive 2-0 win over Lyon in their Veolia Trophy opener.

The former Liverpool winger looked to have rediscovered his best form after last year’s indifferent campaign, with his wizardry fooling the hosts’ Marcelo enough that he put through his own goal at the Groupama Stadium.

Ianis Hagi then capped an impressive first-half display as he swept home a second.

But Gers were forced to grind their way to victory when Kent aimed a petulant slap at the man he had forced into an own goal.

However, Steven Gerrard’s team stood strong as they kicked off the pre-season tournament in France with a fine win.

And it will boost hopes that the Light Blues may be able to spring another surprise as they look to rescue a 3-1 Europa League deficit against Bayer Leverkusen next month.

Both teams took a knee in support of the Black Lives Matter movement before kick-off but it took Rangers time to find their feet.

However, they were up and running by the 20th minute as they grabbed the lead.

Kent collected a short corner from James Tavernier before twisting past Rayan Cherki and delivering a low ball which bounced in off Marcelo.

Hagi had made an unsuccessful attempt to claim the opener but there was no doubt the second five minutes later was his.

Joe Aribo sent Borna Barisic galloping towards the by-line and with one left-foot sweep the Romanian sent a deflected strike into the far corner of the Lyon net.

But from a position of utter control Rangers found themselves having to dig in as Kent was dismissed.

There was no doubt he was goaded by Marcelo’s slap but his retaliation in kind under the nose of referee Karim Abed was asking for trouble and he duly found it as the French official flashed red.

Gerrard rang the changes in the second half in a bid to give his team fresh legs and Brandon Barker provided plenty of pace as he raced clear down the left, cutting back for fellow substitute Ross McCrorie whose shot was cleared off the line by Youssouf Kone.

Lyon were making the most of their man advantage but found the Rangers defence stubbornly resistant.

The Gers faithful watching at home had been relieved to see former Old Firm tormentor Moussa Dembele absent from Rudi Garcia’s starting line-up, but the ex-Celtic man was thrown on alongside one-time Manchester United man Memphis Depay with 20 minutes left.

But it was Barker again who provided the spark of quality for Gers as he burst past another former Hoop, Jason Denayer, to slot in Jordan Jones, whose shot squirmed wide.