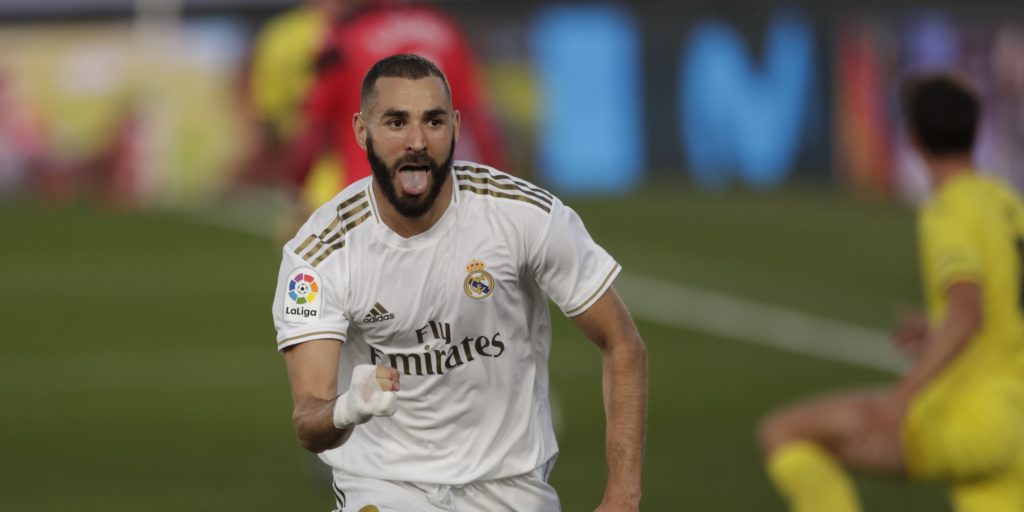 Karim Benzema fired Real Madrid to a first LaLiga title in three years as Zinedine Zidane’s men claimed the Spanish crown for the 34th time with a 10th successive victory.

Benzema fired the home side into a 29th-minute lead and then converted a second-half penalty to take his tally for the season to 21 and secure a 2-1 win over Villarreal at the Alfredo Di Stefano Stadium.

Victory meant Real were in an unassailable position regardless of what happened elsewhere, but in the event, they did not need it as second-placed Barcelona went down 2-1 at home to Osasuna.

Zidane and his players were left to celebrate at an empty stadium as the Frenchman delivered on his promise to target the league title – just the club’s third in the last decade – on his return in March last year.

Madrid dominated the game, but had to wait until the 29th minute for Benzema to break the deadlock when he ran on to Luka Modric’s beautifully-weighted pass and fired past keeper Sergio Asenjo.

He wrapped up the points with a twice-taken spot-kick with 15 minutes remaining after Sergio Ramos had rolled the first attempt into his path only for the strike to be ruled out for encroachment, although substitute Vicente Iborra pulled one back for the visitors late on to spark a frantic conclusion.