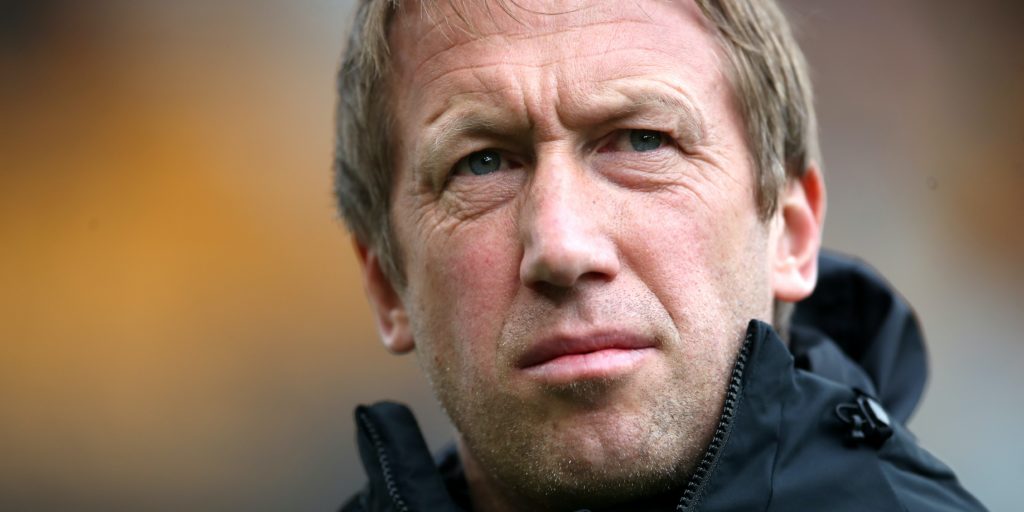 The Seagulls are all but safe after a draw at Southampton.

Neal Maupay put the Seagulls ahead but they were forced to dig in during a second half in which Saints twice struck the woodwork and levelled through Danny Ings’ 20th league goal of the season.

“It’s a big point for us, a hard-fought point, absolutely,” said Potter.

“Every point in the Premier League is so tough to get. Southampton put us under massive pressure in the second half. We defended with our lives, credit to our players for that.

“It takes us a bit closer, we’ve still got two games to go and we’re still fighting for points. We have to make sure we stay focused on that

“You can spend a lot of time second guessing results and really you just need to focus on yourself and trying to get points.”

Only a remarkable swing in goal difference can now prevent Albion’s top-flight adventure extending to a fourth season.

Top scorer Maupay fired the Seagulls ahead in the 17th minute with his 10th top-flight goal of the season after veteran striker Glenn Murray, making a rare start, flicked on Tariq Lamptey’s throw.

Albion were on the back foot for most of the second period and Ings raced clear to deservedly level in the 66th minute.

The draw made it six games without defeat on the road for 15th-placed Brighton.

“The players have really shown a resilience away from home, defended well,” said Potter.

“We had to have a bit of luck second half today because Southampton played really well, pushed us back.

“We had to stem the tide a bit, the players were great defensively.”

Ings, who is three goals short of the division’s leading scorer Jamie Vardy in the race for the golden boot, prevented Southampton slipping to a club-record 11th home defeat of the season.

Saints boss Ralph Hasenhuttl was pleased with his side’s second-half improvement after a limp opening 45 minutes.

“Disaster first half, very good second half,” said the Austrian.

“Second half we can score five or six times but maybe you don’t deserve more when you start like we did today.”

Hasenhuttl also remained tight-lipped when asked about speculation linking Pierre-Emile Hojbjerg with a potential move to Everton or Tottenham.

Denmark midfielder Hojbjerg was stripped of Southampton’s captaincy after telling the club he will not extend his contract, which has 12 months remaining.

Asked about the 24-year-old’s position, Hasenhuttl replied: “I cannot confirm anything.

“He’s our player. He didn’t want to extend his contract so we will see what happens in the summer.

“I hope we will find a solution to this for everybody. Maybe he is also signing a new contract.”