Home News Matt Targett: Late Everton equaliser was a ‘kick in the teeth’ for Aston Villa

Matt Targett: Late Everton equaliser was a ‘kick in the teeth’ for Aston Villa 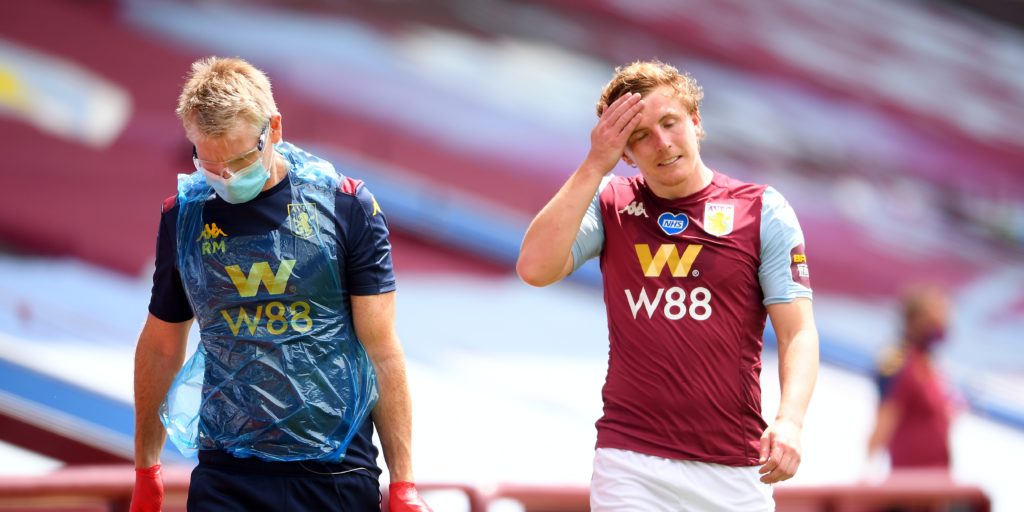 Aston Villa defender Matt Targett admits conceding a late equaliser at Everton was a “kick in the teeth” for their chances of avoiding relegation.

However, the left-back believes they are still in with a chance of avoiding the drop despite realistically having to win their last two matches against Arsenal and fellow strugglers West Ham.

“It was a real kick in the teeth,” Targett told avfc.co.uk after Theo Walcott’s 87th-minute header denied them a vital win at Goodison Park.

“We defended so well up until the goal and it was a game of few chances.

“But we’ve got two games left and we’re still in the race.

“The team won’t give up and we’ll give it our all against Arsenal at Villa Park.

“Defensively we’ve been better, but I still feel like we can be more clinical up front.”

Goals at both ends of the pitch have been the fatal factors for Villa, with just two clean sheets in the league since Boxing Day and just 39 in 36 matches this season, including just eight in a 13-match run which has brought only six points.

Head coach Dean Smith has been unlucky with injuries to key players but he is pinning his hopes on those players who are returning to form to make a late intervention to prevent a drop back into the SkyBet Championship after just one season.

“They are a resilient bunch and as I said many times I felt we would get stronger as the season went on,” said Smith, who confirmed defender Kortney Hause (groin) will be back for Tuesday’s game against Arsenal but left-back Neil Taylor (hamstring) is still struggling.

“We have got better, I thought Douglas Luiz was excellent (against Everton) and John McGinn is back to full fitness so we have players who are playing well again and that give you hope to go on and win the last two games.”