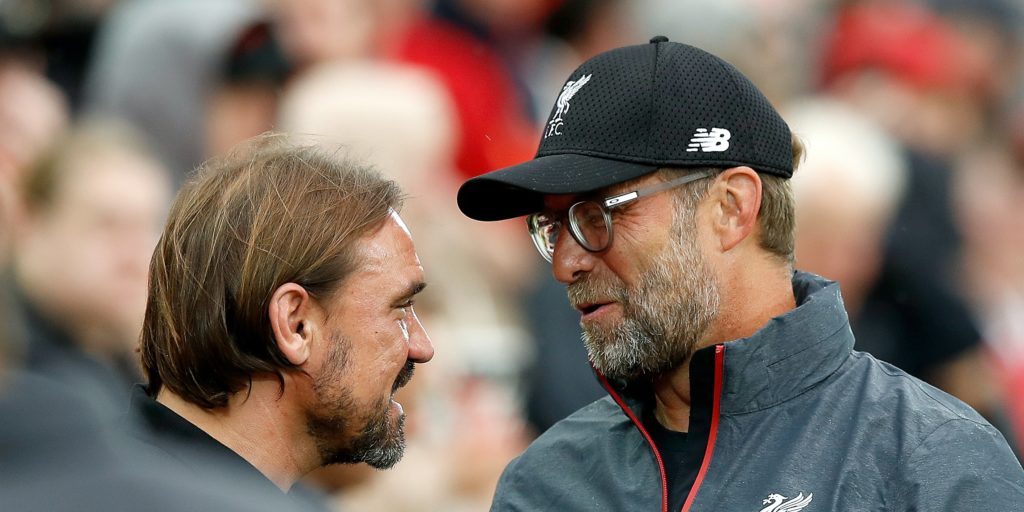 The Canaries will look to return to the Premier League next season.

Daniel Farke will look to take a leaf out of compatriot Jurgen Klopp’s book as he attempts to shake off the bitter disappointment of relegation.

Farke saw his Norwich side slip out of the Premier League after just one season following last weekend’s home defeat by West Ham, but with two games of the campaign to go, the German is already planning a return with title winner Klopp firmly in his thoughts.

The Liverpool boss took Mainz into the Bundesliga in 2004, only to suffer relegation three years later, although he has prospered handsomely since.

Farke said: “My fellow German Jurgen Klopp – and no-one knows this – he was once promoted with Mainz to the Bundesliga and then relegated and right now, look at which level he is working. And also Mainz are back in the Bundesliga, so it’s definitely possible.

“When you have to suffer a setback, you have to take it and say, ‘Come on, next time we will try to be even better prepared and back to stay for longer’.

“Of course we are disappointed – we would have preferred to stay in this league – but it’s not like the world goes down, so we will keep going and we’ll push on.”

Norwich face Burnley in their penultimate fixture on Saturday also taking heart from the Clarets’ experiences in bouncing back from the disappointment of relegation to establish themselves in the Premier League.

Dyche’s men were promoted at the end of the 2013-14 season and demoted 12 months later before returning to the big time as champions at the first attempt.

Farke said: “That’s what I like a lot about the Burnley team and also the work Sean Dyche has done.

“I just have compliments for their work. They have proved that you can be relegated and can come back stronger.

“Of course our mid- to long-term project is to become an established Premier League club.

“It will take a few steps – we have taken a few, especially in sorting our financial problems out and invested a lot in the infrastructure, and hopefully we can return back to the Premier League as soon as possible in order to stay there for longer than we were just capable during this season.”