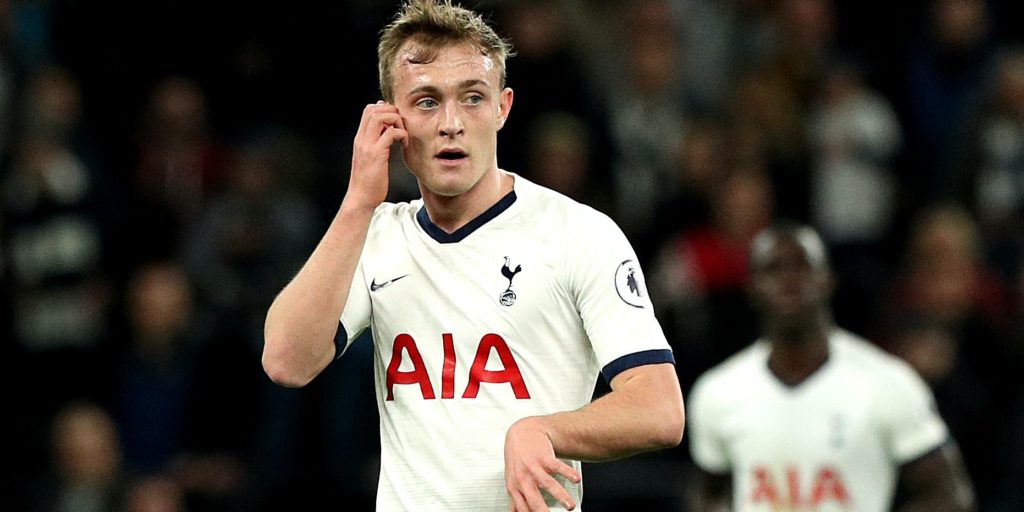 Midfielder commits himself to the north London club until 2024.

The 19-year-old, who has played 21 times for the Spurs first-team, is now contracted to the club until 2024.

Skipp, who joined the club as a 12-year-old, made his debut as a substitute in the Carabao Cup win against West Ham in October 2018.

“Being at the club since I was very young, it is nice to extend my contract here,” he told Spurs TV.

“Hopefully now I can push on and see what the future holds. Hopefully I can gain more and more appearances. It shows the manager trusts me and the club have plans for me going forward.

“You see what he has done in the game, Champions League wins, Premier League wins, it is something you can learn off and develop your understanding of the game due to his tactical knowledge.

“Working under Jose can only be good for me to develop all sides of my game.

“Growing up watching the Premier League demands, I am just trying to be as strong and powerful as possible as it really helps.

“You look at all the good teams, everyone is powerful, everyone can run, so it is something I am trying to get in my game. Learning off the other players in training just watching what they do before a match, how they prepare.”