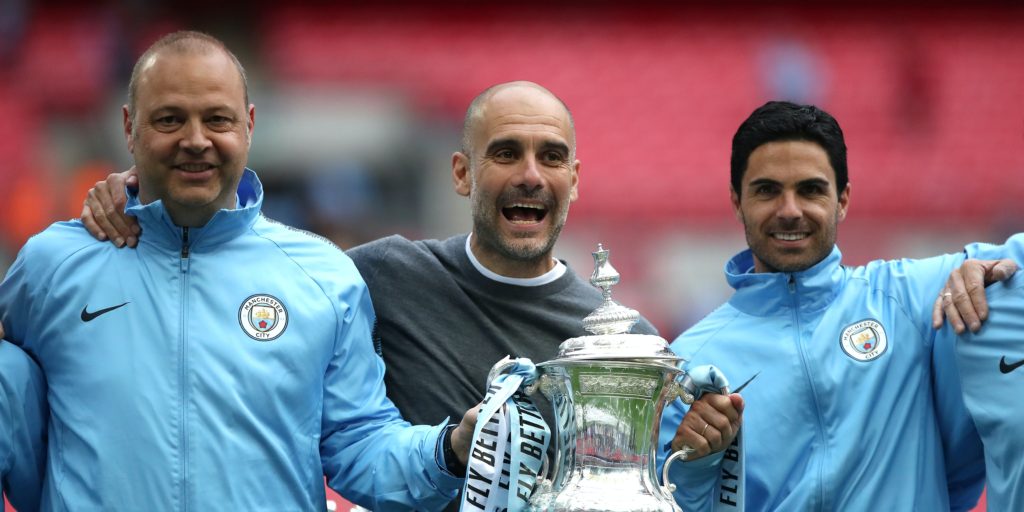 Arteta, who had been tipped as a potential successor to Guardiola at the Etihad Stadium, left the City backroom staff to take over the Gunners in December.

Guardiola said: “I expect a terribly tough, tough, tough game, because they have something special already.

“They have team spirit. Mikel has created. From the outside – maybe I’m wrong – but what I see in their games, how they celebrate, how they fight for every single ball, they are creating something special for this club. Everybody fights for each other.

“It’s one of the elite clubs in English football of the last 20 or 30 years.

“I’m pretty sure the right person to bring them back to the position of before – there is no better person to do the job than Mikel.

“I have a feeling he is creating something unique and if he can be supported by the club in terms of investment, and get the players that they need, they’ll be a contender for the next years.”

The FA Cup has taken on extra importance for City this year after missing out to Liverpool in the Premier League.

Guardiola admits securing a place in next season’s Champions League was still a greater priority but, with that objective achieved, the competition has his full focus this weekend.

“The FA Cup is more historical and a beautiful cup and we are one step closer to getting to another final and we’re going to try to do a good game.

“When you play in the the FA Cup semi-final it becomes so important, especially when you have qualified for the Champions League for next season.”

Whatever the priorities, nobody can doubt Guardiola’s commitment to the domestic cups. He has won the League Cup for the past three seasons and City are bidding to win the FA Cup for a second successive year.

With two Community Shield successes, Wembley has been a happy hunting ground for Guardiola, although there was a defeat – to Arsenal – in the 2017 FA Cup semi-finals.

He said: “It shows the team likes and enjoys playing the finals. Wembley is an incredible place to play.

“But no semi-final was easy in my career, never ever. They are always tight and we lost semi-finals in my first year here.”

One change from Guardiola’s usual cup policy is that number two goalkeeper Claudio Bravo cannot play due to injury, so regular first choice Ederson will feature.