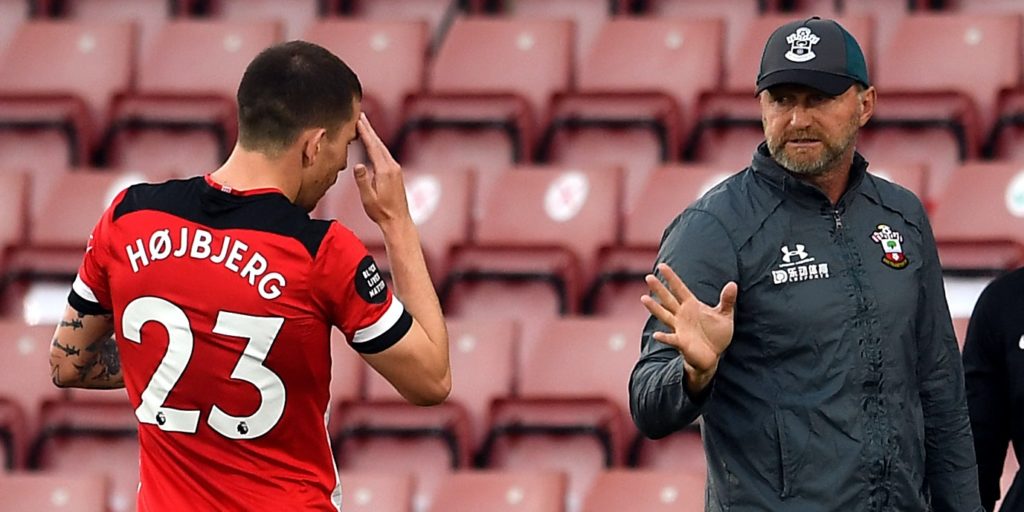 Hojbjerg is attracting interest from Premier League clubs and the PA news agency understands Everton have lodged a bid for the Denmark international.

Ralph Hasenhuttl has reiterated that Southampton will not sell Pierre-Emile Hojbjerg on the cheap as Everton and Tottenham eye a summer swoop.

The 24-year-old left Bayern Munich for St Mary’s in 2016 and was recently stripped of the captaincy having made clear his intention to leave at the end of his contract next year.

Hojbjerg is attracting interest from Premier League clubs and the PA news agency understands Everton have lodged a bid for the Denmark international, while Tottenham have made noises about what they are willing to pay Saints.

Hasenhuttl continues to be quizzed about the midfielder’s future and has told interested parties that the midfielder will only leave if they can strike a deal that suits everybody.

“I am not surprised that this (question) comes,” the Southampton boss said.

“What can I say? I can say that we have a player here that has one more year contract and he’s our player, we’d like him to stay as long as he has a contract.

“If somebody else wants to get him, then they must make a make a good offer.

“And even then, we have to decide, we as a club, the player has to decide, so we have to find a win-win situation and then everybody is happy.

“As long as we don’t have this, he is our player and he will stay with us.

“About his future, he knows that there is some interest and hopefully, yeah, a club that wants him really shows that they want him. If not, he stays with us.”

While it appears a case of when rather than if Hojbjerg leaves, Southampton are also making moves to improve the squad.

Kyle Walker-Peters, who is on loan from Tottenham, is among those of interest as Saints look for a right-back, while the PA news agency understands a move for Real Valladolid centre-back Mohammed Salisu is progressing.

Asked for an update on their move for the Ghanaian defender, Hasenhuttl said: “As always, when we have a transfer or we want to do a transfer, until everything is clear we don’t speak about any player and that includes also this player you talked about.

“We will have a few signings in the summer. Not a lot. But the signings we make must really make sense.

“When we have something to tell, then we do it.”

The immediate focus for Southampton is beating neighbours Bournemouth on Sunday, having drawn 1-1 at home to fellow south coast side Brighton on Thursday evening.

The Vitality Stadium encounter is a huge clash for Eddie Howe’s relegation-threatened side, who made the most of the celebrations after winning the reverse fixture 3-1 at St Mary’s in September.

“I think it’s clear that we go there in this derby with all we have to win this game,” Hasenhuttl said.

“We can still well remember the last game we played against them, where we lost.

“I think after this game they were on position three in the table and we were far behind them.

“You can see how quick things can change in football.”