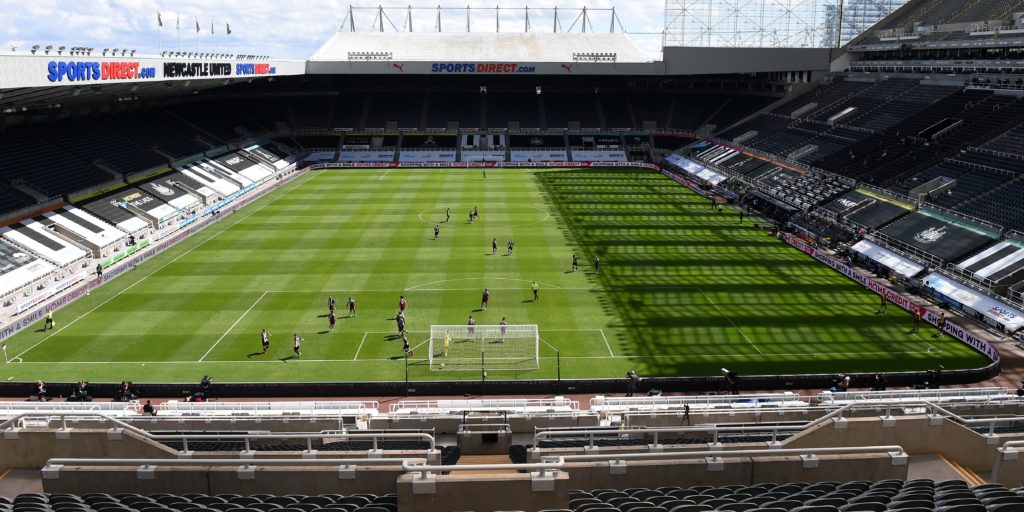 Crowds are set to be able to attend specific sporting events later this month.

Tottenham boss Jose Mourinho and Arsenal head coach Mikel Arteta are among Premier League managers to have welcomed the prospect of supporters returning to football grounds.

Crowds are set to be able to attend specific sporting events later this month for the first time since March.

Although football is not included in the pilot events, the government plans for a socially-distanced return of spectators to sports stadia by October.

Spurs manager Mourinho told a press conference: “It’s great news, everybody that loves football wants football for all. Us, living from football, making our salaries from football, we know the importance of that.

“Between the economic side and the passion side, we’d all be so so happy to see people back in stadiums. If it’s impossible to have the full stadiums we dream of, at least some people would be a good start.”

Following an announcement by sports minister Nigel Huddleston, the Portuguese also joked: “Did he say anything about me being able to go to Portugal for a week’s holiday?”

The World Snooker Championship, the Glorious Goodwood horse racing festival and two county cricket friendly matches have been selected for the trial.

If the tests prove successful, the government is hoping to allow a restricted number of spectators to return to sports venues from October 1.

Premier League matches have been played behind closed doors since action resumed on June 17 due to coronavirus restrictions.

Gunners boss Arteta is also eager for fans to be allowed back in but urged caution.

“I think we have to be patient. I think we are all desperate to have our people back in the stadium and make football what it is again.

“But obviously we want to be able to create a safe environment for everybody to come and join. My opinion is that it will be gradual. The sooner the better but let’s do it carefully.”

Wolves manager Nuno Espirito Santo said the absence of supporters had “affected everything”, while Chelsea boss Frank Lampard is also keen for stands to be filled.

“We miss the fans, football misses the fans, so let’s hope and pray that it is sooner rather than later – as soon as possible,” said Nuno.

“It will be good for the game when the fans are back present and enjoying football.

“The absence of fans has affected everything. The atmosphere in the stadiums has had a direct implication on results. The atmosphere has not been the same, not what it should be, so let’s hope the fans are back quickly next season.”

Lampard said: “I’m very excited to welcome our fans back, not just our fans I think we all in the country crave fans back at games, the atmosphere, what it means for games here.

“If and when done in the right way, with the right precautions, I think football from being within it has made some really good steps in difficult conditions over the last few months.

“Hopefully we keep making forward steps and we get our fans back in the stadiums.”

Norwich boss Daniel Farke added: “It’s important to listen to the experts because the protocols were pretty strict so far and it’s worked quite well and we still have to be careful, but we’ll leave it with the experts.

“But one thing is for sure: as a football player and also as a coach, everyone who is involved with football would like to have them back rather sooner than later.”