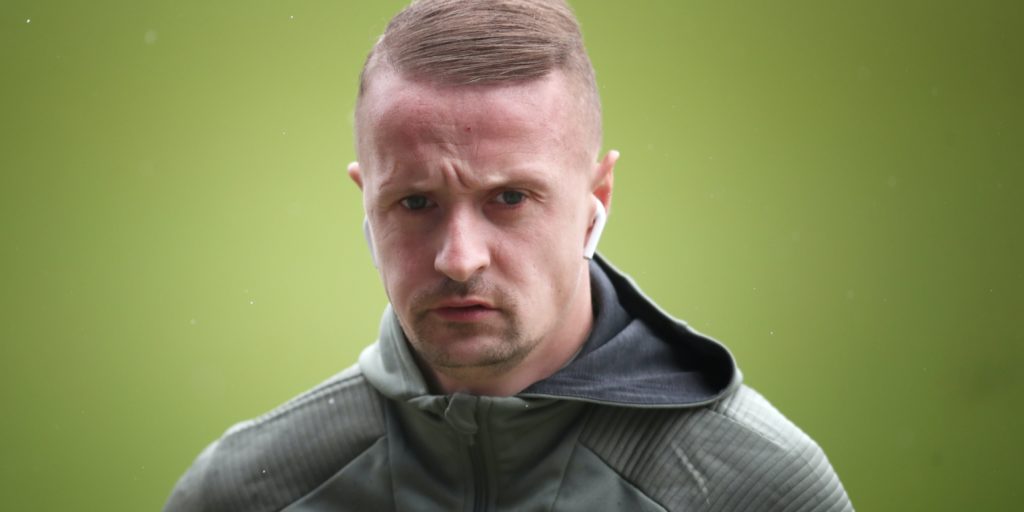 Lennon was left angry after the 29-year-old reported back from lockdown “out of condition and overweight”.

Shaun Maloney has warned out-of-shape Leigh Griffiths he may have opened the door for Patryk Klimala to steal his Celtic spot after being berated by boss Neil Lennon.

The Parkhead manager has given the Scotland striker a furious dressing down after deciding he was not fit enough to travel with the Hoops to the Veolia Trophy in France.

Lennon was left angry after the 29-year-old reported back from lockdown “out of condition and overweight”.

The Northern Irishman has also ordered the 29-year-old – who spent much of the last four months posting light-hearted videos on TikTok – to cut out his “social media nonsense”.

Former Celtic ace Maloney does not believe the row will spell the end of the former Livingston, Dundee, Wolves and Hibernian frontman’s six-year stay in Glasgow.

But he warned he may have fallen behind Klimala in Lennon’s pecking order after watching the Pole fire his first goal in Celtic colours to hand his side a 1-1 draw with Nice on Thursday night.

Maloney, who had nine years with Celtic either side of an 18-month spell at Aston Villa, told the BBC’s Scottish Football podcast: “Leigh has to find the motivation to fight for a spot.

“He has to want to be that striker they go to with Odsonne Edouard. The motivation has to be there.

“Klimala scored last night. He came in in January and he’s worked incredibly hard during the break. It’s another person’s opportunity. That’s what happens in team sports. Things don’t wait.”

Griffiths missed the second half of the 2018/19 campaign as he took time out to battle personal issues.

Lennon’s patience now appears to be wearing thin, with the manager saying: “If he wants to have a future here at the club it’s down to himself.

“We’re not prepared to do a lot more for him. Everything’s there for him. He’s let himself down and he’s let us down.

“You can never say never about chances but he’s got a lot to do to get back in around it.”

And Maloney urged the striker to act now to save his Celtic career.

“It’s not a good situation but I’m sure there’s more to it than what we know,” said the 37-year-old, now an assistant to Belgium boss Roberto Martinez.

“You read the quotes and you can see how disappointed his manager is. Nowadays with the apps and the programmes they know exactly what the players are doing during lockdown.

“The players all have to do the same amount of work so that would be the biggest disappointment if a team-mate is doing less than you.

“The ball is in his court so hopefully he comes back in a better condition. He’s got time to rectify it.”