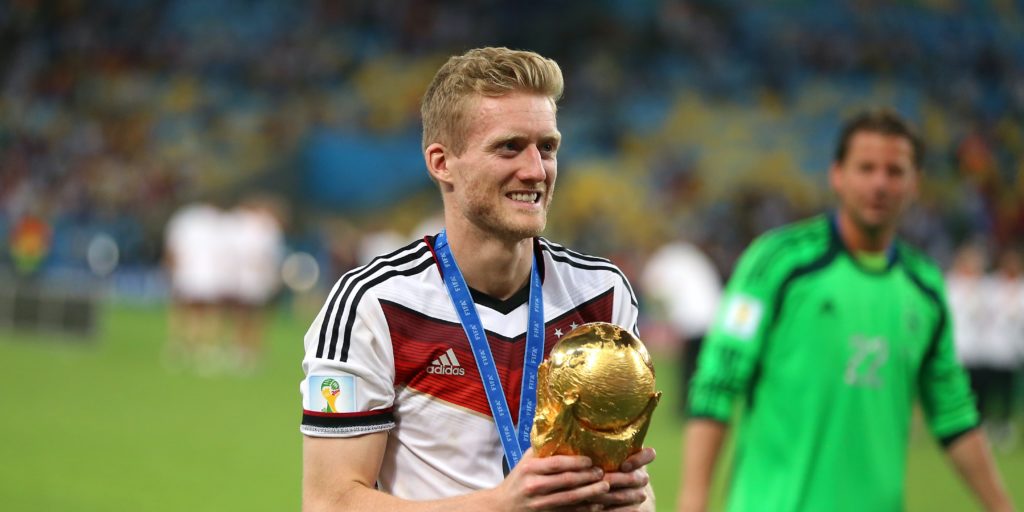 The former Chelsea and Fulham midfielder left Borussia Dortmund at the end of the Bundesliga season.

World Cup winner Andre Schurrle has announced his retirement from football at the age of 29.

The former Chelsea, Fulham and Bayer Leverkusen midfielder had his contract cancelled by Borussia Dortmund after coming to an agreement with the club this week despite having a year remaining.

“I want to let you know that I’m stepping away from playing professional football,” the former Germany international, who was part of the squad which won the World Cup in 2014, wrote on Instagram.

“On behalf of myself and my family I want to thank everybody who was a part of these phenomenal years.

“The support and love you shared with me was unbelievable and more I could have ever asked for. Now I’m ready and open for all the beautiful possibilities that are coming towards me.”

In an interview with German newspaper Der Speigel Schurrle added: “I don’t need the applause any more.

“”The decision matured in me for a long time… the depths became deeper and the highlights less and less”.