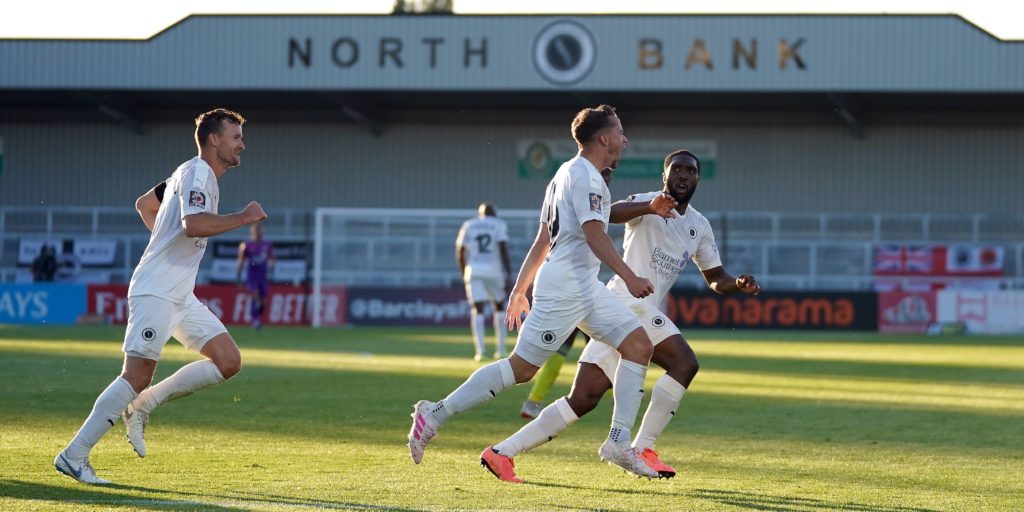 Boreham Wood will face Harrogate Town in the semi-final.

Former Lincoln forward Rhead struck with 10 minutes remaining to seal his side a trip to Harrogate Town in the play-off semi-finals.

Boreham Wood had trailed 1-0 at half-time to Tobi Sho-Silva’s effort, but equalised through Kane Smith early in the second period.

Halifax finished sixth in the table, one place below Boreham Wood, when the National League’s regular season was concluded in March due to the coronavrus pandemic.

But the Yorkshire club made the better start and were rewarded when Sho-Silva raced on to a long ball over the top before toe-poking the opener.

Boreham Wood goalkeeper Grant Smith produced a fine save to keep out Sho-Silva’s fierce drive just before the interval and his side levelled early in the second half when Kane’s shot was deflected in.

Rhead clinched it for the home side when he got in front of his markers to head home with 10 minutes remaining.