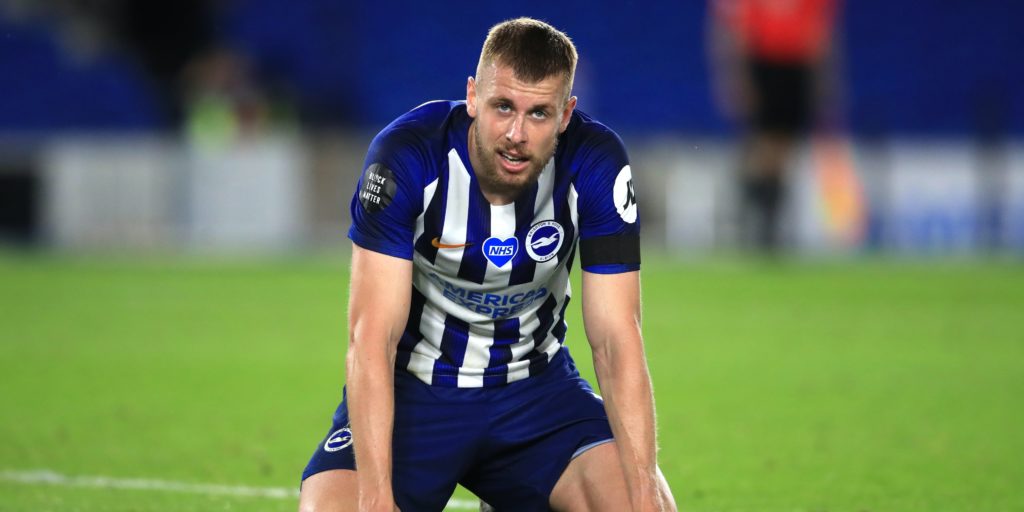 The defender has a hip problem.

Brighton will make a late check on defender Adam Webster before hosting Newcastle in the Premier League on Monday.

The defender picked up a hip problem in the midweek draw with Southampton but boss Graham Potter is hopeful he will be passed fit.

Alireza Jahanbakhsh (hamstring) has returned to training and should be available but Steven Alzate (groin) and Jose Izquierdo (knee) remain sidelined for the Seagulls, who need a point to be mathematically safe from relegation.

Left-back Danny Rose returns to the squad having been ineligible against his parent club Tottenham in midweek.