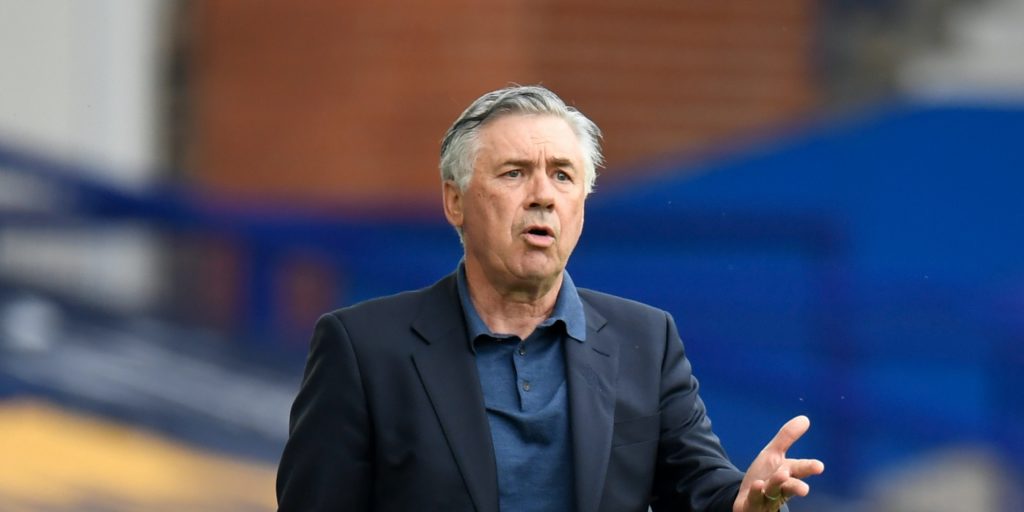 The Toffees are winless in four games.

Everton manager Carlo Ancelotti is confident he will get the necessary backing from the club to adequately strengthen this summer.

A run of no wins in four matches has highlighted the significant deficiencies in the squad, while injuries to centre-backs Mason Holgate and Yerry Mina could see 18-year-old Jarrad Branthwaite receive his full Premier League debut after just two substitute appearances.

Ancelotti has already been linked with a move for Southampton midfielder Pierre-Emile Hojbjerg but knows he needs other reinforcements and is confident of receiving the backing to get them.

“The opinion of the squad is pretty clear in this moment but we want to finish well the last two games and then be focused to try to improve the squad for the next season,” he said.

“At this moment we are looking for the quality of player we need to improve the squad next season.

“When the season is finished I think we will talk together to find the right solution for this.

“I think the board is going to support me, the team. We have a similar idea that the team has to improve.”

Ancelotti heads into Monday’s match against Sheffield United with only one fit centre-back after more bad news on the injury front.

“All three (Holgate, Mina and midfielder Fabian Delph) are out for the rest of the season,” said the Toffees boss.

“There is only 10 days and they will not be able to recover before the end of this season.”

Asked whether the absence of Delph, who has not featured since February because of a muscle strain, was particularly frustrating as he had expected to return this month he added: “I am disappointed. When a player has an injury we are always disappointed but unfortunately it can happen.

“In the last period we had a lot of games and, honestly, we were lucky we didn’t have a lot of problems in this aspect.”

Just over six months ago Branthwaite was playing for Carlisle in League Two but will be thrown into the action at Bramall Lane with Ancelotti’s full support.

“We have a possibility to give experience to a young one who did well in the last game, we have confidence in him so it can be good for us and for him also to play this game,” he said.

“Honestly I have to say against Aston Villa he did really well considering the fact he is really young and didn’t have experience but he is showing in play, character, personality, concentration he can be a really good player, I am sure of this.”